Here is a recipe you would enjoy during lent, parsley cassava. Cassava has supposedly been used in every conceivable recipe we can think of here at Simply Trini Cooking… like boiling it and having it with saltfish, and in recipes like pone, dumpling and nearly all the gluten free recipes, still not forgetting cassava bread, and chips….And, I really thought that was all there is to cassava ……..but, I was totally blown away when I tasted Parsley Cassava for the first time. Words couldn’t explain how much ecstasy my tongue experienced.

During Lent we had a Seder meal and one of the of the dishes served was Parsley Cassava amongst the fish and other provision. Of course, yuh boy just had to know what it was and how it was made. All in all, the recipe reminded me of my trip to one of our Arabic restaurants in Chaguanas (Damas Al Wadi) where I had a dish called Fattoush. It was really delicious and the main ingredients were, you guessed it, parsley and a special type of black pepper: normal black pepper doesn’t taste that exotic.

Anyway, as if by intuition and taste memory, when I decided to make this parsley cassava, I was able to capture that parsley taste of the Fattoush. The cassava was soft, buttery and was infused with the parsley and black pepper.

Probably someone with an Arabian / Syrian / Lebanese heritage or from the Muslim community can throw some light on this wonderful Trini invention ( parsley cassava) and tell me what I can do to make it reflect Arabian cooking a bit more. Possibly, a few choice herbs might just do the trick.

Maybe Chennette could help me out here 🙂 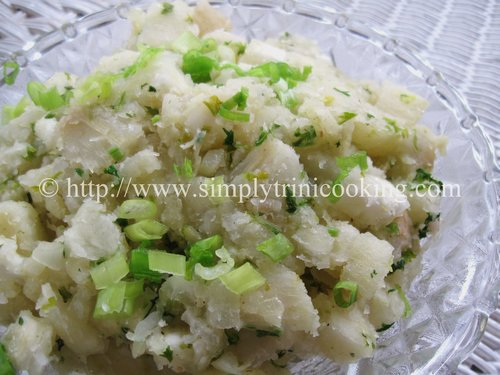 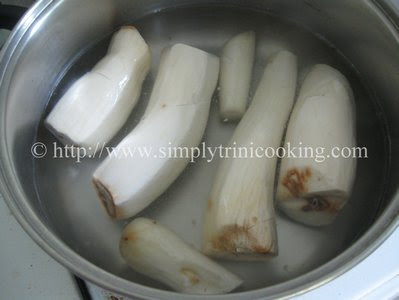 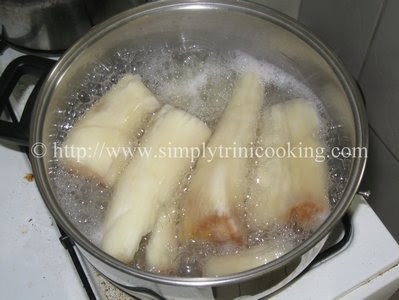 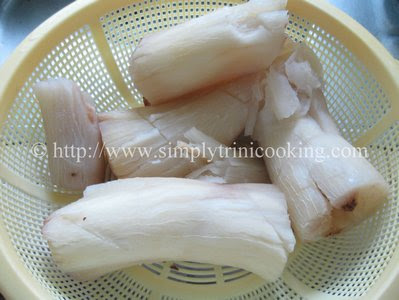 Boil the cassava and drain under cold water. 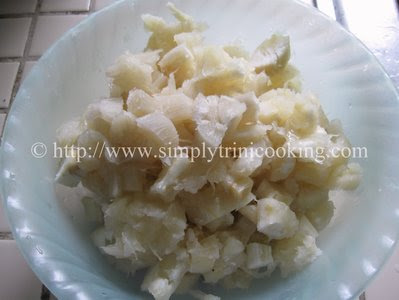 Chop the cassava and set aside. 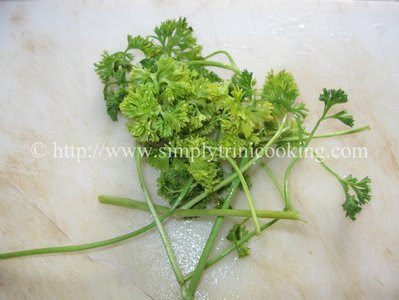 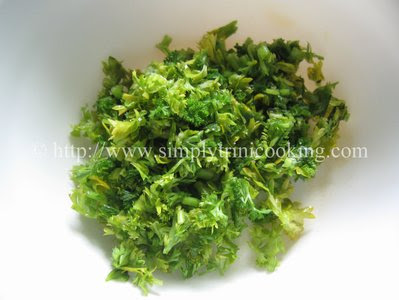 Wash the parsley and chop finely . 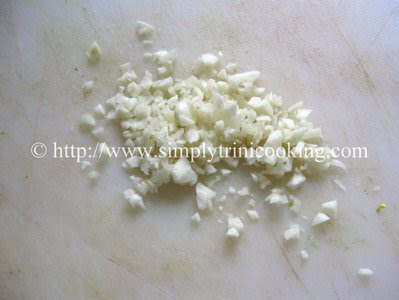 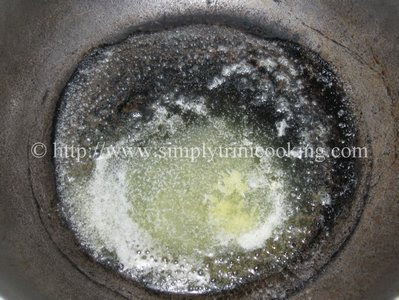 Melt the butter over a low flame.
Note: Pay attention –> Low Flame. If the flame is too high the butter will burn and we don’t want that. 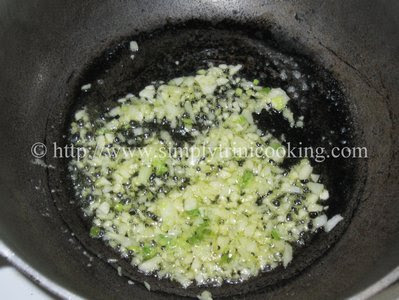 Saute the garlic and onion until translucent. 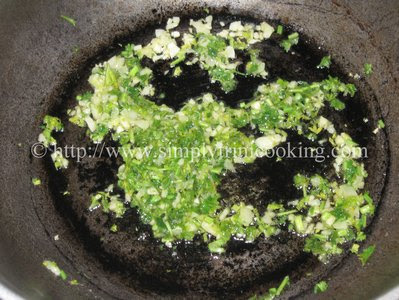 Then add the parsley. Saute for 2 mins. 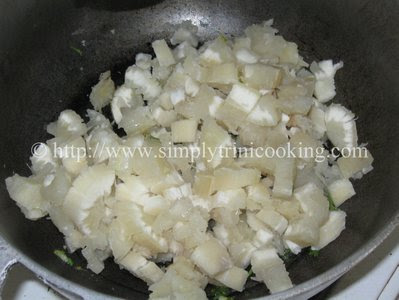 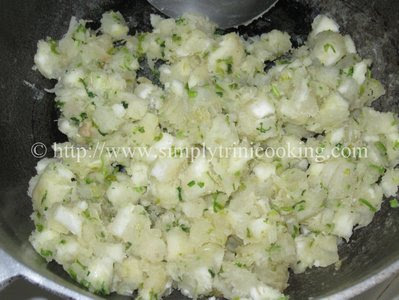 Mix the cassava in with the parsley then add the salt and black pepper.
Cook for 2 minutes while turning constantly. Serve hot.

So, we have another innovative way of serving our very own provision. I urge you to try it , it’s very simple to make. Coming up next: a bit of spicy and fruity with some sauce….can’t forget the sauce 🙂

And, don’t forget to leave your comments about this parsley cassava recipe in the comment box below.