Today I just thought I would show you all how to husk a coconut. Husking a coconut is relatively easy and there are various methods.

How To Husk a Coconut: Two Methods

There are two such methods of husking a coconut that I'm aware of that we use here in Trinidad and Tobago.

How to Husk a Coconut Using a Hoe

The first one I learnt, when I was young, was done using a hoe. It can be a bit cumbersome at first, but you will soon get it. 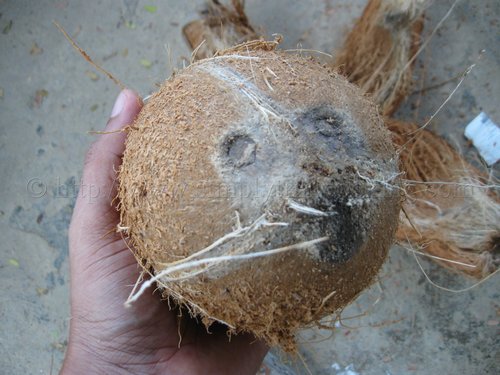 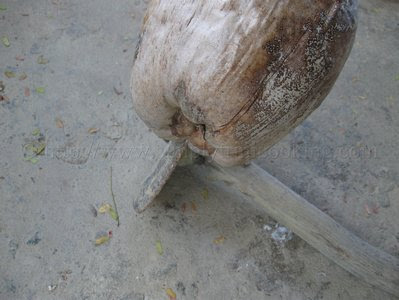 Start by making cuts close to the head of the coconut. As you stab the coconut onto the edge of the hoe gently twist the coconut to open up the cut. 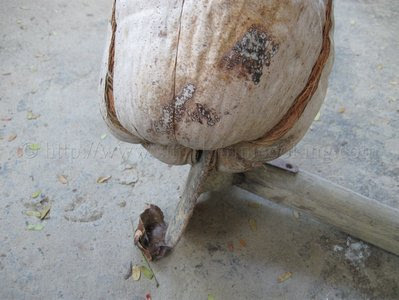 Continue doing this about five or six times around the coconut 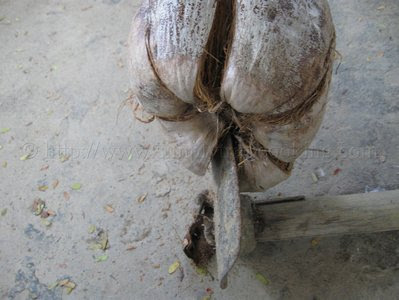 When the cuts are made you can go around one more time and twist some more to open up the cuts. 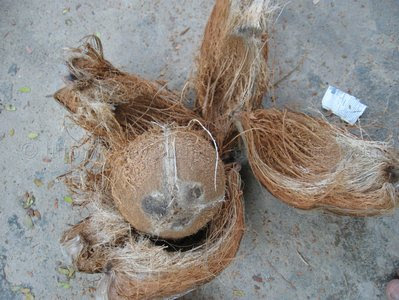 Now hold the segments and rip apart to reveal the coconut inside.

How to Husk a Coconut Using a Machete

The second method, and probably more risky, is done using a cutlass ( machete). Using the cutlass will require more skill, but the steps are similar.   Be very careful, please.   From the pictures you will see that all you have to do is to make segments into the husk then rip it apart.

Now on to the second method using the cutlass (machete) 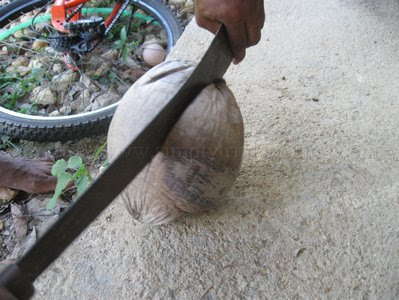 Chop close to the head of the coconut. 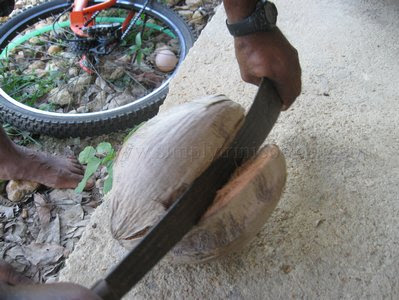 twist the cutlass blade to open the cut. 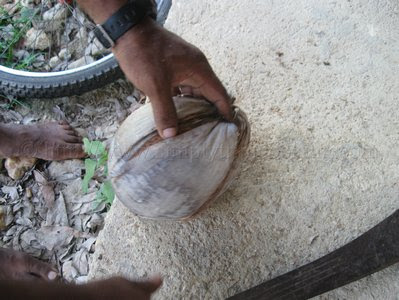 Continue making several cuts around the coconut.
Remember to twist the cutlass each time. 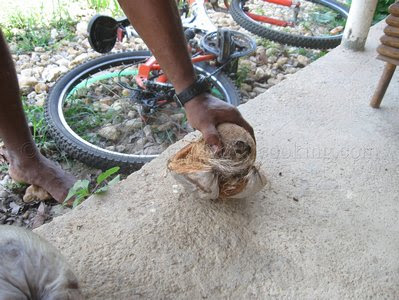 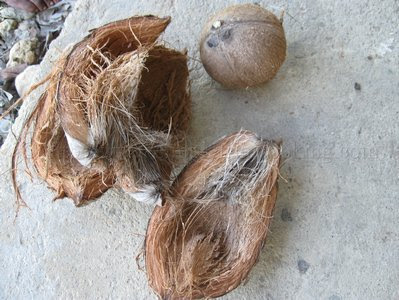 The dehusked coconut.
Well, that was simple. Just be careful if you're trying the second method using the cutlass. I'm interested to hear about other methods used to husk a coconut.  Just leave your comments in the comment box below.   More recipes to come.

Note: You may also be interested in the following recipes: