Ever feel like eating a light snack while watching a movie? Then here’s a healthy alternative that you can whip up and enjoy instead of reaching for a bag of chips . What I’m talking about today is Fried Eggplant.

Fried eggplant ( Baigan, Melongene, Aubergine) is light, tasty and nutritious at the same time. And based on my rumaging on the web, I found that it is great also if you want to lose weight, since it is low in Saturated Fat, Sodium, and Cholesterol. Among the many benefits, I may also add that it is high in Dietary Fiber, Folate, Potassium, Manganese, Vitamin C, Vitamin K, Thiamin, Niacin, Vitamin B6, Pantothenic Acid, Magnesium, Phosphorus and Copper. Now that’s a lot of reasons to be eating eggplant!

Since we are frying the eggplant, I thought it necessary to know a few facts about frying, so that you could make the perfect fried eggplant that your whole family will love. The best article I found, that also helped me when I was doing this recipe, could be found here. It’s a good read, so much so, that I will have to keep it close by for reference; especially to know the smoke point of various oils when I’m cooking. By the way, do you know that coconut oil has a smoke point of 350 degrees F?

So now that you’re convinced of how healthy this snack is, and you’re armed with the secrets to frying; let’s start this eggplant recipe. Here’s Fried Eggplant (Baigan). 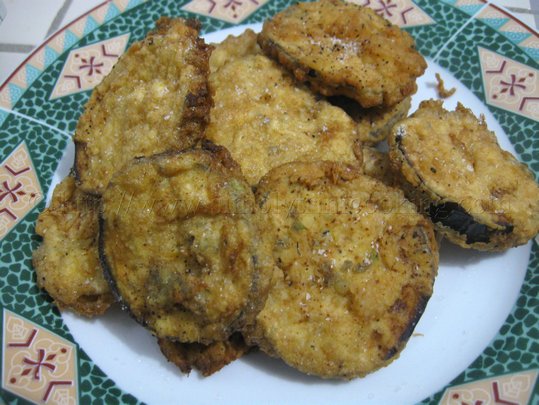 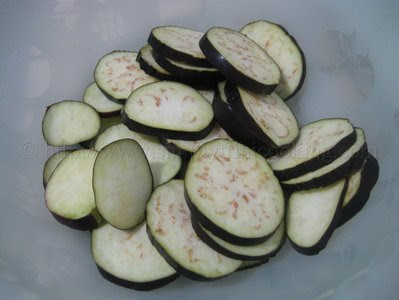 Cut the eggplant into 1/2″ thick slices. Set aside. 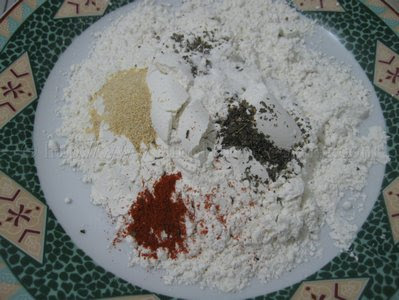 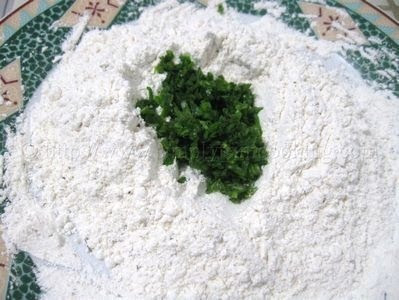 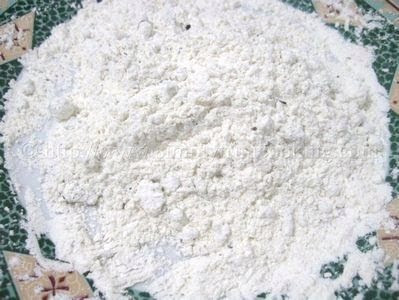 In a plate or bowl mix the flour or bread crumbs with the seasoning.
Note: You could adjust the seasoning to your liking. Feel free to add more chadon beni and chive! 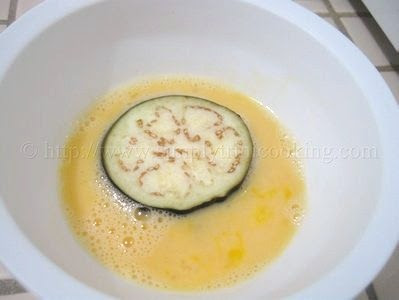 To fry, dip the eggplant slices in the egg… 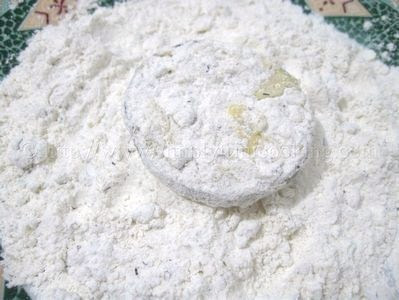 then in the seasoned flour and set aside for about 5 – 10 minutes. 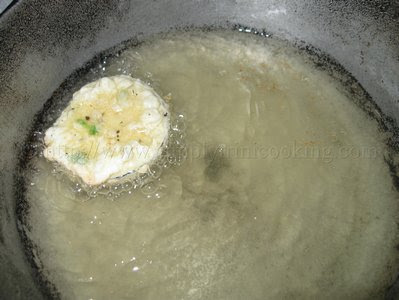 Then heat the oil over a medium flame and add the eggplant slices. 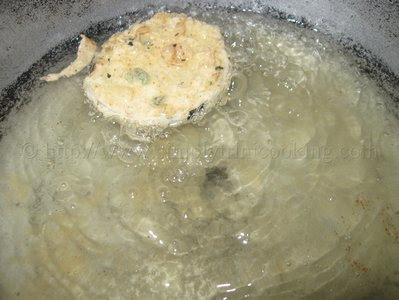 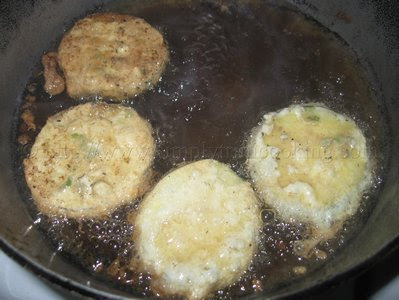 Fry, on both sides, until golden brown and drain on paper towels.

Sprinkle a little salt over the fried eggplant and / or serve with your favourite dip.

There we have it; simple but tasty fried eggplant. A recipe anyone could try. So while you’re enjoying your fried eggplant I am going to organise another trini recipe for you. See you soon. Bye!

P.S. If you’re interested, I did another eggplant recipe called baiganee that involves frying also.