You are here: Home / Recipes / Cuisines / Caribbean / Trini Pepper Sauce
Trini Pepper sauce is a favorite and a must in cooking with my family. They can’t do without it. My mother who has devoted so much time in making her own homemade pepper sauce has become a professional pepper sauce maker. Her hot pepper sauce is used in almost every dish. I am just used to the hot burning aromatic taste of pepper. However, I warn you to be careful with the amount you use, especially if you are not used to it.

The Burning Sensation of  A Trini Pepper Sauce

Scotch bonnet chili peppers are the favorite here in Trinidad as in the Caribbean. But then there are other very hot varieties like Congo and Seven Pot. Seven pot pepper, especially, is so hot that you cannot hold it with your bare hands or else your hands will burn you. That is one hot pepper I’ve come to respect. Congo pepper is brown in colour and looks really nice but don’t be mistaken, it is very ,very (and I stress on the very) hot as well. 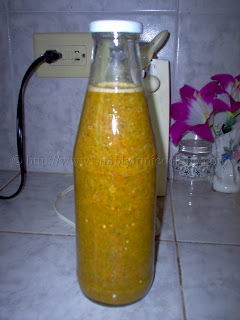 Pepper Sauce
Besides the burning sensation of hot peppers, hot peppers have their own nutritional value. For lovers of hot pepper, you should be glad to know that it contains vitamins A, C, and E and also capsicum. If I feel a little stuffy all I do is eat something with a little pepper sauce and in no time my sinuses get cleared up, I’ve also seen the pepper leaf being used with soft candle to treat boils long time.

Great in other dishes

So other than the heat you see, hot pepper has it’s benefits and as a Trini that has grown accustomed to a little pepper, I must say that there are some foods that doesn’t taste good without it; have you ever eaten doubles without slight pepper? or how about a Mango Chutney or Kuchela? It just doesn’t taste the same so get used to it and enjoy life on the hot, spicy, trini side. Anyhow, here’s Pepper Sauce (trini style).

…..Before I start, I was just reminiscing about my boy days …..when I was young I could remember a skipping rope game those girls used to play. And then there would be a part where they would say salt ,vinegar, mustard, pepper, pepper…well you know by the time they reach pepper you better be jumping fast or else you would really feel the sting of the cow rope.. Thinking back now, little did they know that they were repeating the ingredients for pepper sauce. What a coincidence… OK! OK! enough reminiscing for one day. Time for some Pepper Sauce. Enjoy! 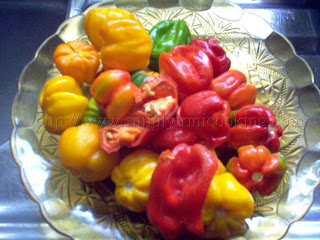 Wash peppers and set aside 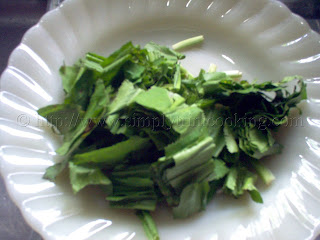 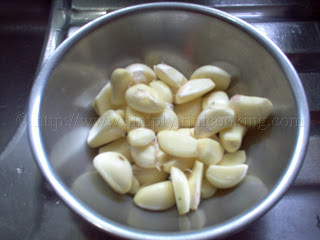 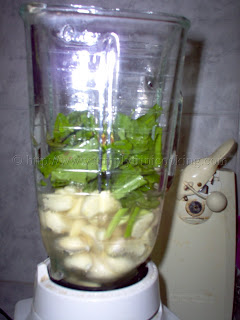 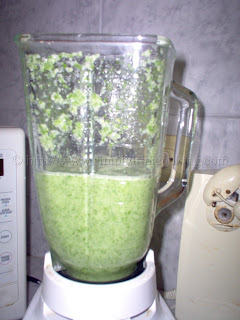 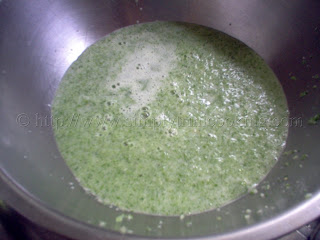 Pour out in a bowl and set aside 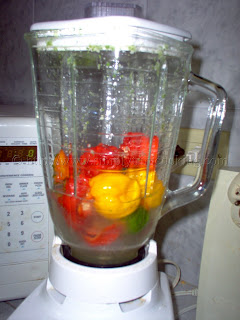 Blend the peppers in 1 cup of vinegar 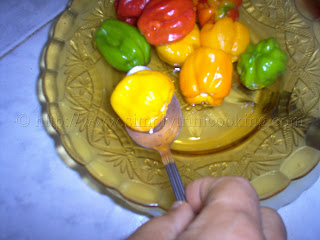 For safe measure use a spoon when handling the peppers 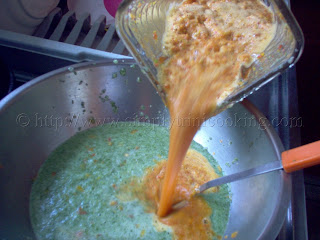 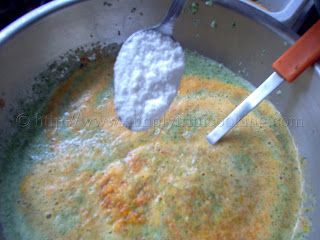 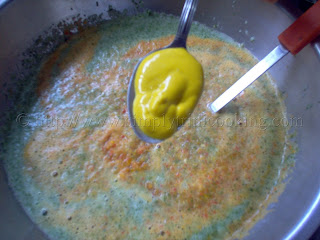 Pour out the blended pepper into the bowl and add salt and mustard.
Mix thoroughly.

Place in a bottle and store in a cool place.

Because of the vinegar used, this pepper sauce doesn’t really need to be refrigerated. My mom usually places it in a cupboard and it lasts very long, provided you don’t dip a “dirty” spoon into it. As a rule at home, we don’t ever dip spoons into our pepper sauce but rather, pour it out into the spoon.OK! so now you have a nice bottle of trini style pepper sauce on your counter like me, what about clean up? All the utensils used in making the pepper sauce is soaked in hot water before washing. What you could do is put a pot of water to boil while you’re blending up the pepper so that when you’re finished you could immediately soak all the utensils.
Well that’s it for one HOT!!! post. Before I go, I want to thank those of you who have made requests for recipes, namely Neisha and Koren-Elizabeth (they know themselves). If anyone wants to contact me, my email is at the bottom of the webpage.

Happy cooking to all, “Ah gone!”