While growing up I really enjoyed going to the garden with my aunt and uncle up in Caura. Early in the morning before first light, we got up and started our steep ascent up the winding dirt road, through the forest. It was a hard climb, as we stopped ever so often to take a sip from our bottle of cool river water. When we finally reached at the top of the mountain there was lots of breeze and the morning sun shone in all its beauty, bathing the lush green valley in soft waves of radiance. It was a wonderful sight.

A Crapaud Back Pumpkin

What I remember most is the pumpkin garden they had on the mountain slope. It was situated down in a valley, so when time came to harvest the pumpkins we had the difficult job of “toting ” them up the steep hill one by one. One morning we saw a few pumpkins were half eaten; my uncle told me that it was an agouti that fed on the pumpkins. To him it was good news, because he could always set a trap for it. They grew a variety of pumpkins in that garden, one of which was what we termed “crapaud (crapo) back” pumpkin because of the rough texture of the skin that looked like that of a crapaud {toad}. Carrying this type of pumpkin was hard due to the rough knurls of skin that would dig into your shoulder as you carried it……Those were good days….

This morning I present to you another pumpkin recipe that’s exquisite in taste and versatile in use. Some posts ago I did pumpkin talkari so today I’ll show you how to make pumpkin and saltfish. Pumpkin and saltfish could be eaten with sada roti, bake, hops bread or coconut bake and is also superb with rice. When it comes to cooking pumpkin it could be a little tricky because some pumpkins, according to my mom, are watery and others are sweet when cooked. Because of this you have to know the quantity of water to add to the pot and this only comes with practice.

This recipe for pumpkin and saltfish is easy to follow as the pictures suggest; the only catch is the water, but I think you could use your discretion in this recipe and get it right. As always you would not have to use salt because of the saltfish added but according to how the recipe comes out in the end, just adjust to taste. So get your ingredients and put your pot on the stove; today we are making pumpkin and saltfish. Enjoy! 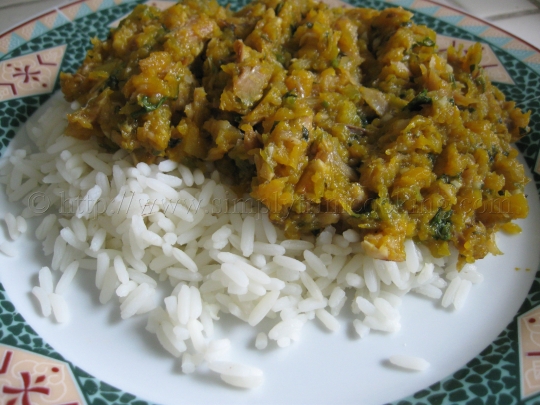 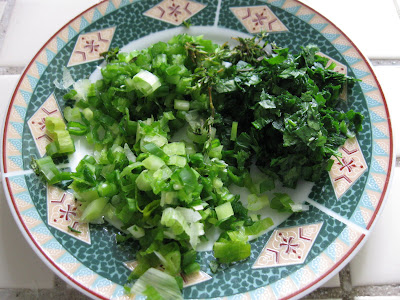 Cut up the chive, and 3 leaves of the chadon beni (culantro) 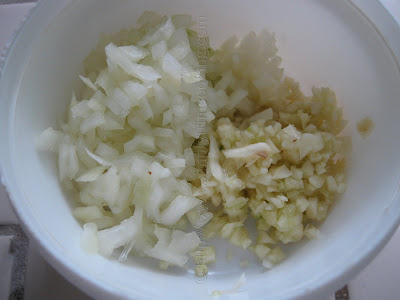 In a separate bowl chop the onion and garlic 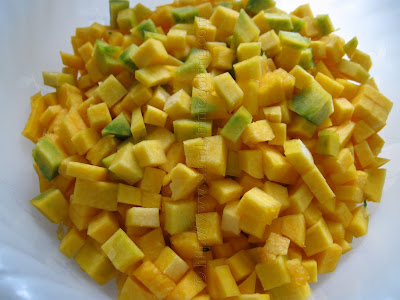 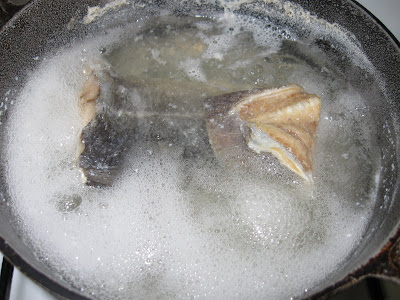 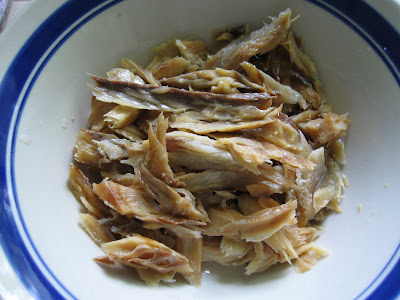 Boil and clean the saltfish 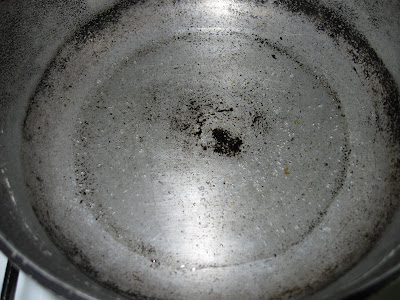 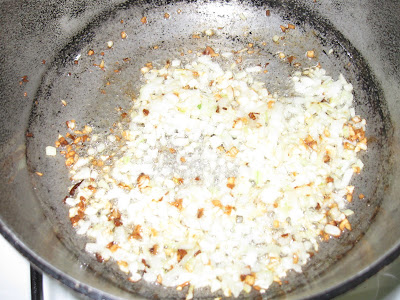 In a deep pot, over a medium flame, add the oil and saute the onion and garlic.
. 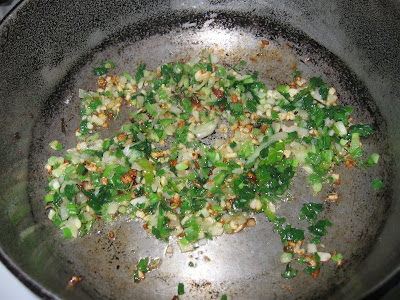 then add the chopped chive and chadon beni.
Allow to fry for about a minute. 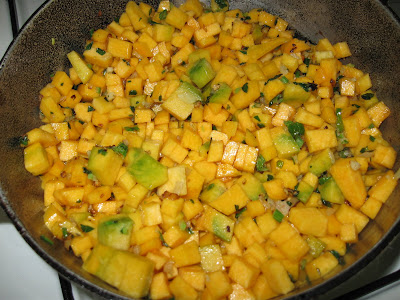 Add the pumpkin and mix thoroughly. 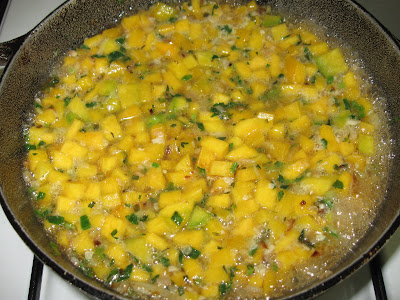 According to the type of pumpkin you have you may have to add a little water. 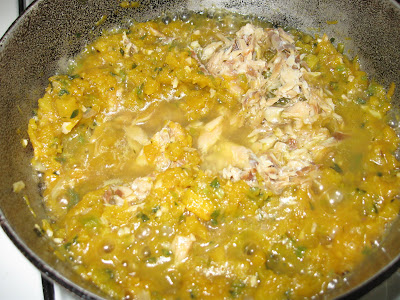 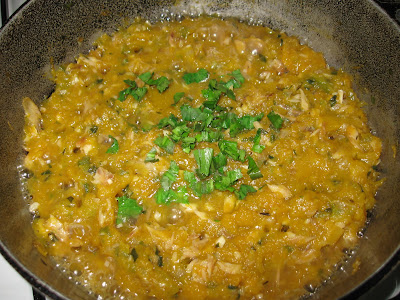 Afterwards cut up the other 3 leaves of the chadon beni and add to the pumpkin.
At this time you could also lower the flame to help evaporate some of the excess water. 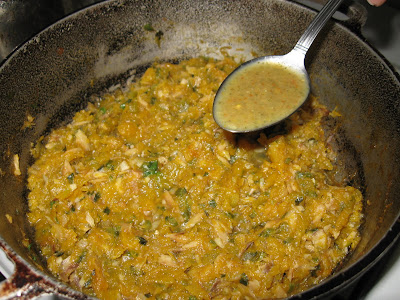 When most of the water has evaporated add pepper to taste.
Well that’s it for our Monday post. Stay tuned ! Bye!
Print this Recipe.