Remember, I mentioned that on our way to Morang river we got the smell of Tonka bean? Well today I decided to show you all what it looks like, give a little information on it and on how it’s used in Trinidad and Tobago. The unmistakable smell of the tonka bean (Dipteryx odorata) has been well known to my nostrils while growing up. My father grew a cocoa tree on our land and we made our own creole chocolate from time to time. First we would pick the cocoa; dry it out in the sun; parch it when it was dried properly and then pound it in a large mortar. 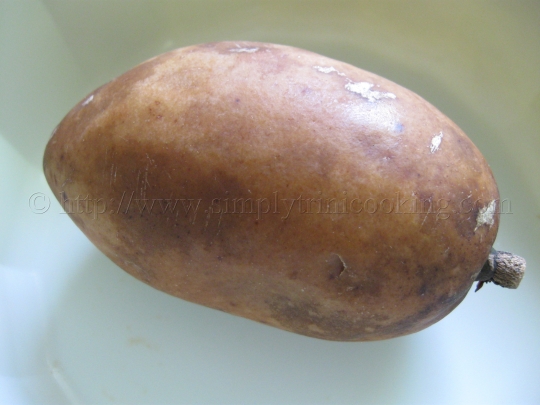 Tonka Bean as a Spice

This is where Mr. Tonka bean would come in. Because of its aromatic qualities, the tonka bean was used together with the other spices while the cocoa was pounded with the pestle. Long after the cocoa was made and rolled you would still get the wonderful smell mixed in with the bay leaf and other spices. I’m sure many of the older heads will know what I’m talking about.

Another use we had for the Tonka bean was in making sweet bread and cakes. The tonka bean was grated and used as a substitute for vanilla. I can’t put into words how these sweet bread and cakes tasted. Nowadays with more commercially made spices and ease of buying in a supermarket, this bean has been overlooked probably because of the coumarin it contains which is toxic in large quantities. But then it’s not like we’re going to eat three tonka beans a day!

Anyhow, as a Trini I feel we shouldn’t forget what we have and should revive this once famous bean into our recipes. After all its free. Anyone up for a coconut ice cream flavoured a bit with tonka bean? Sounds like a plan. 🙂 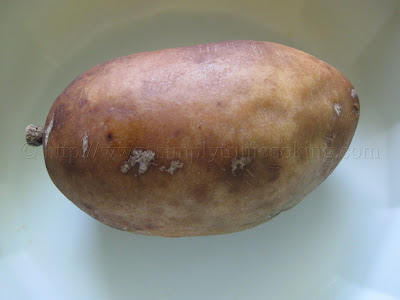 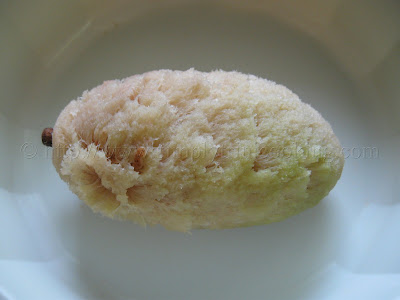 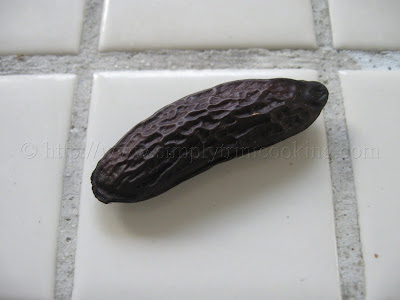 After the fruit is eaten and dried the outer “shell” is cracked.
The black bean, shown here, is the part that is used.