It’s not every day that you feel for rice or flour. You feel for something light and healthy at the same time. And this mixed salad surely fits the bill. The green veggies with the tomatoes and chopped apple really had a wonderful and refreshing taste while the little bit of garlic sauce lightly permeated everything to give an exciting blend of flavour with every chew. At times there was the garlic and apple then as you chew some more you would get a slight taste of cucumber mixed with tomato and garlic. Totally awesome!

The texture of the mixed salad was out of this world. Can you imagine together with all the taste sensations going on, you also have the juicy, crunchy and leafy textures to deal with? For me this taste and texture conglomeration was just too much. I think I overate, because I was full for a long time. But then I didn’t feel guilty of overeating because this was healthy eating anyway. The real way in which we’re supposed to nourish our bodies.

Do You Live To Eat or Eat To Live?

This reminds me of Dr. Ben Lerner’s book “Body by God”. In it he outlines how we’re supposed to eat based on biblical and scientific proof. I found it a good read for anyone serious about their health, and I have been acting on the advice that he gave in the book ever since. Together with some minor changes in my approach to eating, I think I’m on my way to a healthier me. One of the most salient questions that really touched me was this ” Do you live to eat or eat to live ?”.   That had me pondering for a while. So in the same light I ask the same ” Do you live to eat or eat to live ?”. You don’t need to answer it now but allow yourself some time to think about that question. In the mean time here’s Mixed Salad. 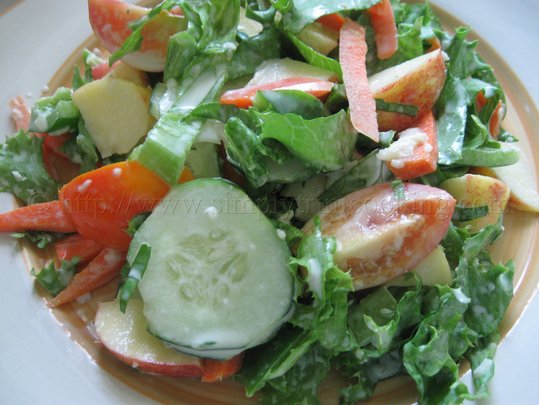 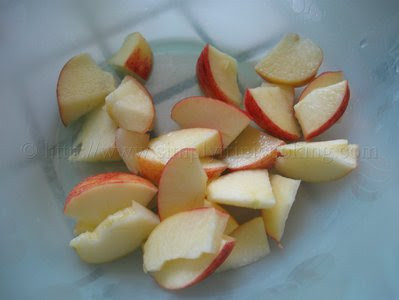 In a bowl add the apple 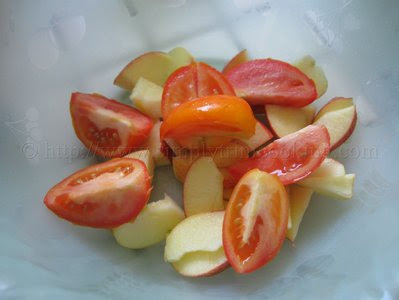 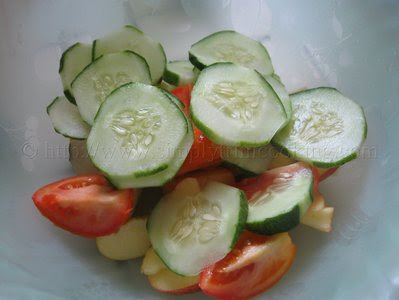 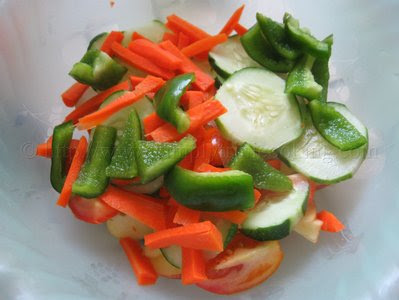 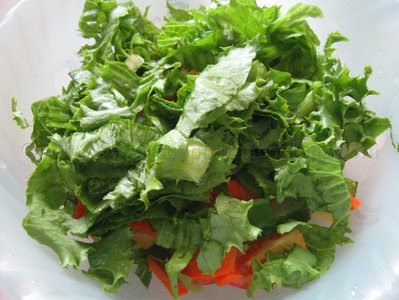 Then add the lettuce 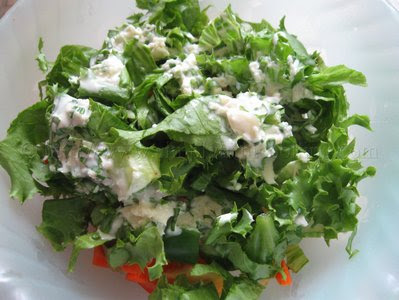 Pour the garlic sauce and toss.

See how easy that was. Hope you think about the question. Ah gone again!