You are here: Home / Recipes / Quick and Easy / Breads / Float
What is a float? A float is a type of fry bake, simply put, that differs from the normal fry bake we make. The float is made with instant yeast instead of baking powder and because of this it swells when it is frying. It really puffs up like a crapaud (pronounced kra po) belly when it is frying and floating on the oil; probably that’s why it was called by that name.

Float: You’d be Surprised as Well

We actually stumbled upon this recipe by mistake. My wife was making fry bake for dinner and decided to use yeast instead of using the usual baking powder; since she wanted the fry bake to come out softer; as you would remember with the coconut bake made with the yeast. To my surprise while frying I noticed how the fry bake puffed up and thought that was a little different than what I was accustomed to, but I still ate it and went to bed still wondering about this puffy fry bake like crapaud belly that we made. By the way for those of you who don’t know; a crapaud is our Trini name for a toad.

It was only yesterday that I realized what had happened. While driving home, my friend Ingrid told me what I made was float and not just fry bake made with yeast. Then I remembered my mother telling me that long time they used to make accra and float and the accra was sometimes put inside the float and eaten. Anyhow that’s how the story goes, we discovered how to make float by accident and you all got a recipe. Enjoy. 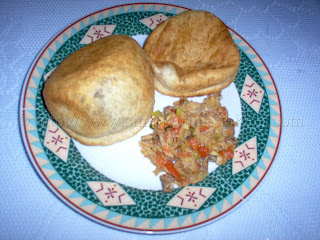 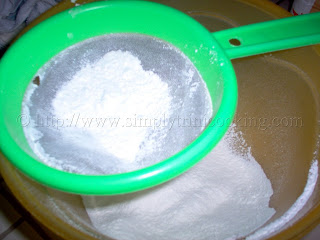 Sift together the flour, and wheat flour. 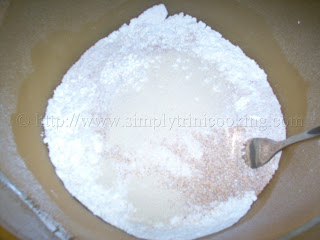 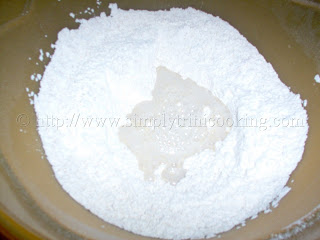 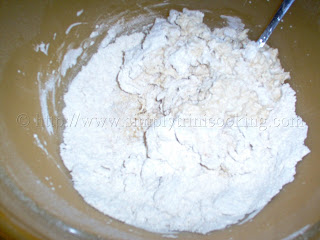 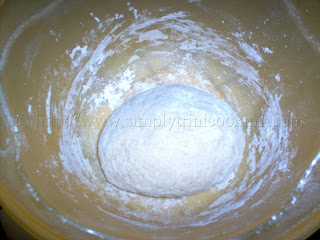 Add the water all at once, if dough is still dry when mixed,
add enough water to make a smooth dough. 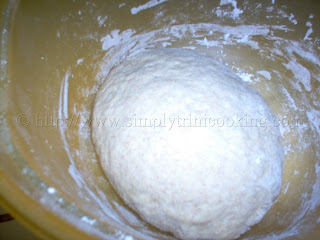 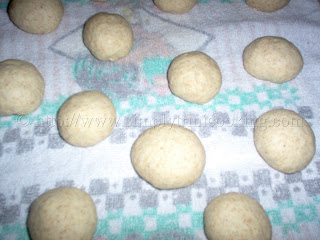 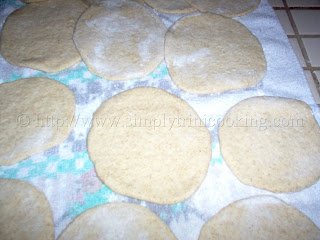 Roll ball of dough out on a floured board to 1/4 inch thick and round. 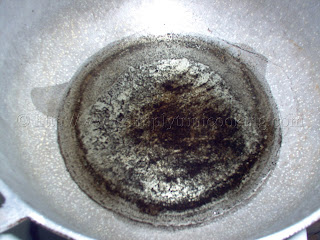 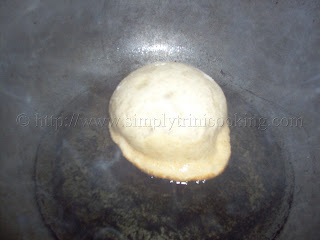 Fry in hot oil (do not deep fry), turn once and drain on kitchen paper;
notice how it swells 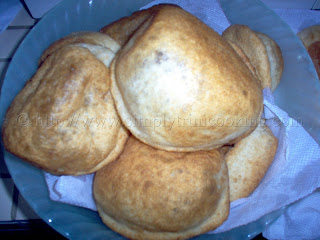 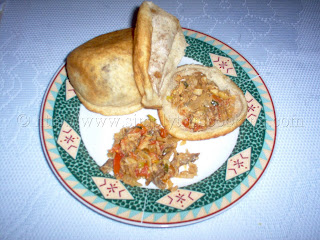 Here we have float with saltfish.
I would recommend trying out the float with accra. Tell me what you think. I have to go now but I’ll be back…..