The Chinese have been in Trinidad and Tobago for over 200 years now and their influence has left an indelible mark on the culture of Trinidad and Tobago. Be it the corner shop owners of yesteryear to the owners of upscale clubs and other such establishments, they have been known to be astute businessmen….but, beside all of that we certainly can’t overlook the influence of Chinese Cuisine on the island in it’s different forms: from crispy roast pork to a decadent sweet and sour chicken to the ever popular No. 1 (Rice, Chow Mein and Chicken). hahaha lol!

The Popularity of Chicken Lo Mein

It’s a fact: you cannot escape Chinese cooking in Trinidad and Tobago. Now, instead of the famous corner restaurant alone, smaller side shops are in existence…even in close proximity to each other. I even saw one the other day in Curepe close to the oyster man that doesn’t use Vetsin ( MSG) in their food. ( Have to try that one out! )

Anyhow, as I was saying… I’m always getting lost in my own writing at times lol! 🙂 Chinese cooking has taken on a different identity in Trinidad and not only Chinese are cooking chinese food or how about this one a friend of mine actually went to a Chinese restaurant that also served Creole dishes…try that for size lol!

Don’t you find it fun to be living in a country with so many cultural anomalies? It’s normal and I wouldn’t even go into names of people that one would be a post all by itself. Trinbagonians know what I’m talking about…

So, where were we? Ah! The recipe… In keeping with me representing my Trini culture on simplytrinicooking I present to you today a recipe from our eastern bretheren from China. Chicken Lo Mein (Simplified Chinese)orLoo Mein (Cantonese ) is a recipe I have recently been acquainted with ( *shaking hands* hello Lo Mein nice to meet you hahaha!) and after trying it out I knew I couldn’t keep it to myself.

Before we begin let’s take a closer look at this recipe. Lo Mein means tossed noodles so this recipe calls for the noodles to be added to the cooking process at the very end which gives it, it’s inherent soft “al dente” look. That’s all this recipe is about: just a method of preparing the noodles. Here’s Chicken Lo Mein. Enjoy! 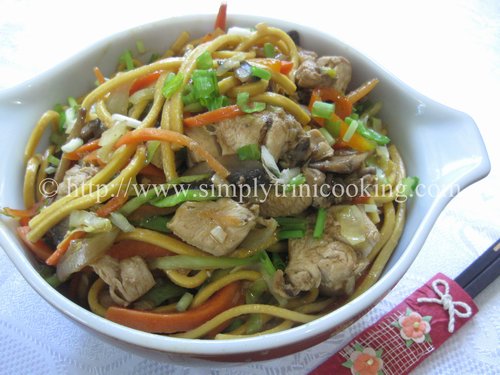 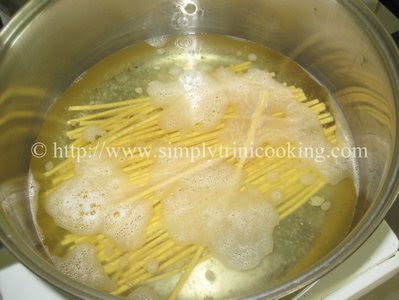 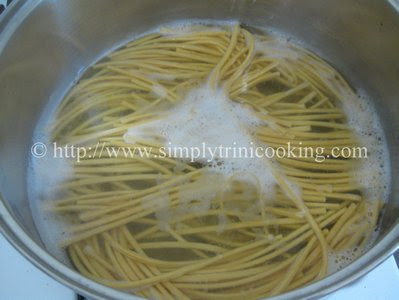 Boil and drain noodles. Set aside. Cut up the mushrooms… 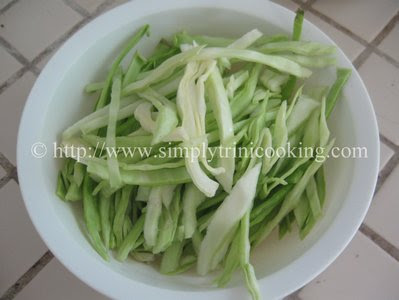 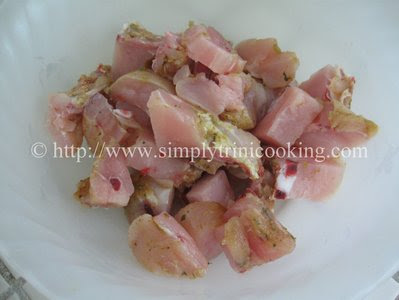 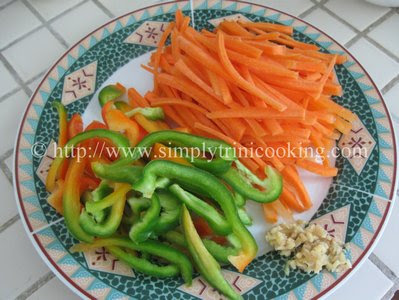 …carrot, sweet peppers, onion and mince the garlic and ginger. 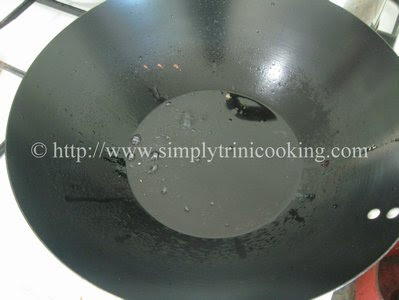 Heat the oil in the wok 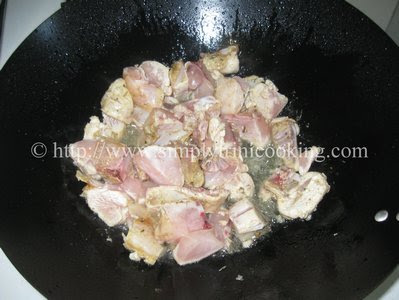 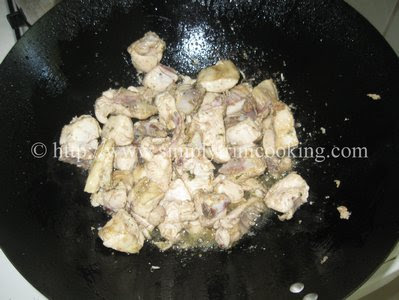 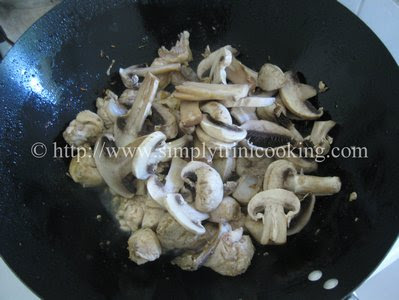 Add the mushrooms, ginger and garlic. Stir fry for one minute over high heat. 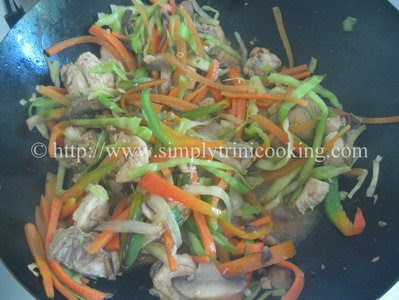 Then add the onion carrots, sweet pepper, and cabbage.
Pour in the seasonings i.e. Soy sauce mixture and starch solution and
stir evenly for about two minutes until the veggies are cooked . 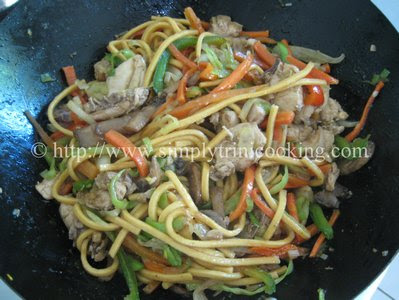 Turn off heat, add the egg noodles and
a few drops of sesame oil and toss. Garnish with chive.
Serve hot.

So, you learnt a bit of Chinese and yuh belly full of Trini style Chicken Lo Mein. What more could you ask for? I know…A beastly cold glass of mauby. Hits the spot every time! More recipes to come.

More from my site