I am thinking about Cassava Porridge.  When last yuh had some good homemade porridge? Back in the day, our grandmothers and mothers made porridge from anything that was considered “porridge worthy” for their family. Porridge was made from the usual oats (Quaker Oats) , grated cornmeal *, arrowroot, flour, custard powder, sago ** and of course cassava.

When we made porridge it was made either for breakfast or dinner and was considered a complete meal. So much so, that it was a staple for young children growing up. When you ate a good bowl of porridge it left you satisfied for a few hours well. Added to that you were also getting your vitamins, fibre and carbohydrates from a natural and unrefined source.

Of course porridge was also cheap to make; cassava and corn etc. was always grown in the garden or around the house, so all you had to do was just go and dig up some cassava or pick some corn to grate. No wonder people were healthier long time! Most foods came straight from the plant to the plate. No preservatives! 🙂

How to Make Cassava Porridge

Anyhow! The other day I bought a fresh cassava and asked my mom to make some cassava porridge like long time since I haven’t had cassava porridge in ages…. Well long story short, in a few minutes time we had a little pot of delicious and creamy cassava porridge that we all enjoyed that evening. After having it for dinner, I didn’t want anything else for the rest of the evening. I guess I really did miss it. From now on, it looks like I’ll have to buy some cassava and put it aside for when I want to make some more. What wholesome goodness! Here’s Cassava Porridge. Enjoy! 🙂 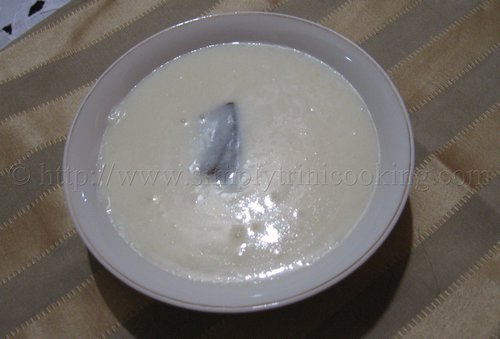 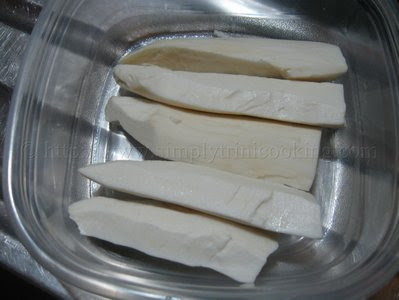 Wash, peel and cut up the cassava. 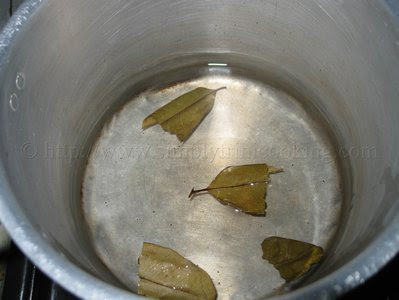 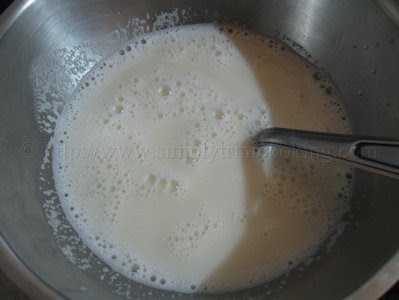 Place the chopped cassava in a blender with 1 cup of water and blend until smooth. 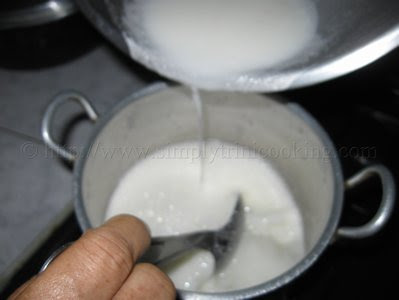 Add the blended cassava to the boiling water 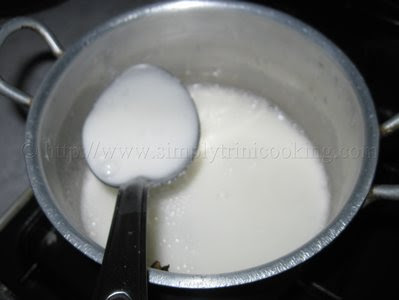 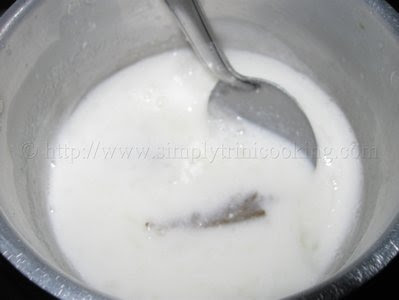 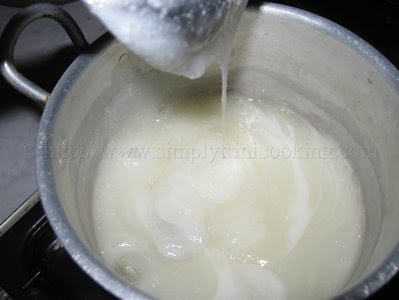 Continue stirring until the cassava is cooked
Note: When cooked, the cassava will look translucent. 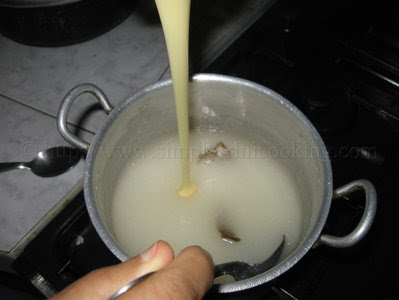 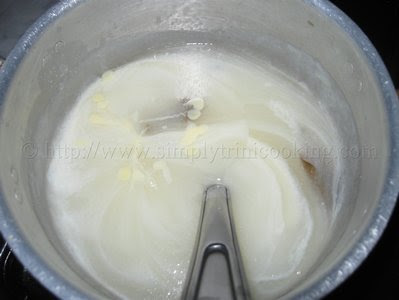 Add the condensed milk and the remaining cup of water. 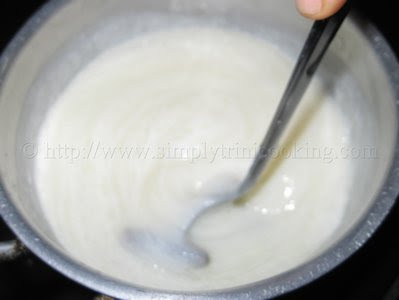 Continue stirring until the porridge has a thick, creamy consistency. 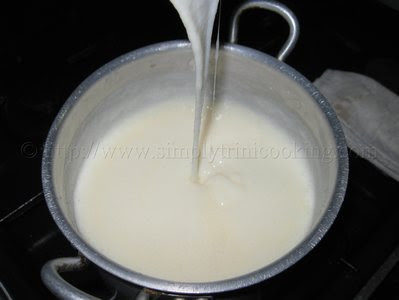 Adjust milk and sugar to taste as necessary.

(in our case we mixed 3tbsp. powdered milk and 2 tbsp. sugar)

* On mornings everyone in the village woke up early to grate corn to make cornmeal.

Well, that’s it for this week. Hope you enjoyed this weeks posts. More to come. Bye!

P.S. Tell us what you think about cassava porridge or any other type of porridge you like.