This year I baked my ham in the simplest way possible: no boiling like last year, no glaze, no special preparation: nothing. The only thing I did was wrap the whole ham in banana leaves which gave it a wonderful flavour and added the whole cloves before baking. I was surprised at how it came out in the end: there is really something to simplicity in cooking sometimes. Enjoy Trini Christmas ham …take two! 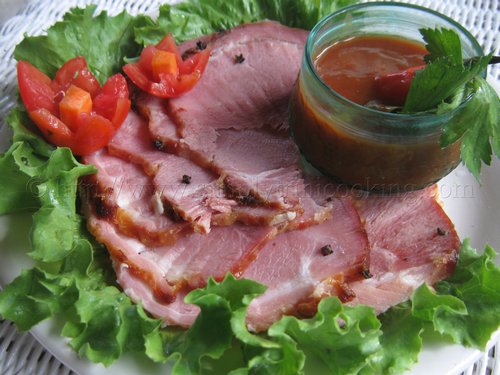 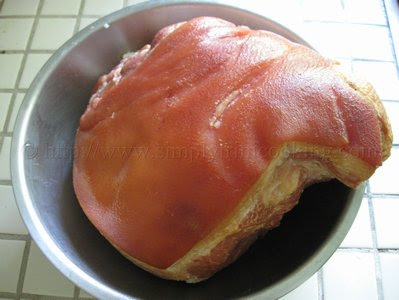 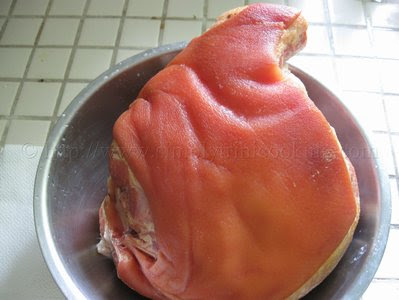 Wash the ham and pat dry with paper towels 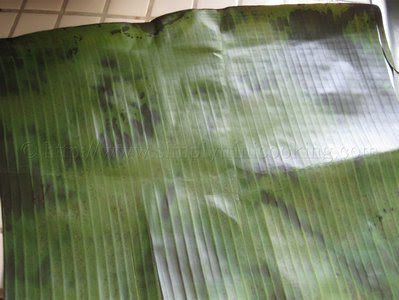 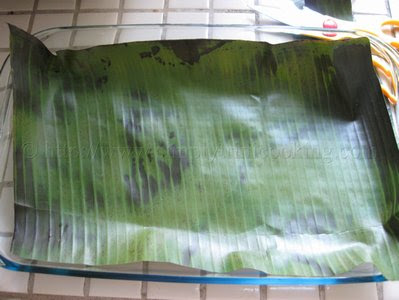 Singe a banana leaf and cut it to fit a large baking dish. 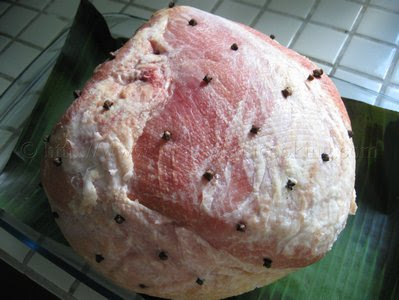 Place the ham in the dish skin side down and add the whole cloves. 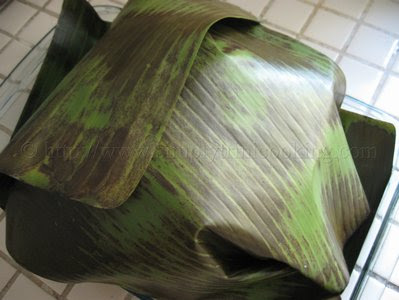 Wrap with the remaining banana leaves and bake at 350° F for 2 1/2 – 3 hours,
depending on the size of the ham, or until thoroughly cooked.
Note: The general rule for baking ham is 25 minutes per Kilogram. While baking test the meat by sticking a knife into it. If after sticking the meat, liquid comes out of it, then more baking is required. 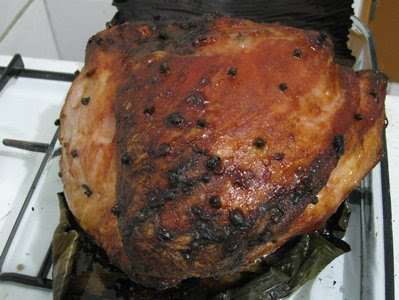 After 2 hours of baking, remove the banana leaves
and continue baking to dry up the surface of the ham. 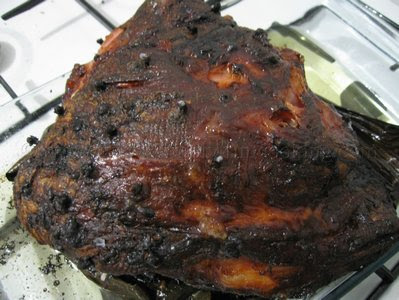 The finished ham.  Allow to cool.

Well, the ham tasted great in two slices of homemade bread, with some chow chow and a bit of pepper sauce this Christmas morning. Now to go look for a Shandy Carib or a Malta to wash it all down. Merry Christmas everyone!