Shepherd’s pie! Ever wondered where it came from? Well, I did some rummaging around the net and was surprised at how much history this dish had. But I wouldn’t go too much into it, since you could get it here and here. It’s really amazing though, how this dish was invented. As you would have read ( if you checked out the links) it came about probably because of “frugal peasant housewives looking for creative ways to serve leftover meat to their families.“*

Shepherd’s Pie: A Dish Born Out of Necessity

Now isn’t that something I thought to myself. Here we have a famous dish that came about from necessity. ……Then a train of thought hit me relating to Shepherd’s Pie that I never thought of…

Shepherd’s pie is of English origin…….. The English brought this pie recipe to Trinidad and Tobago during the colonial times …. The house slaves may have probably seen how to make it or made it because I’m sure some of them may have been cooks or kitchen assistants. The recipe, handed down in this manner, could have been a possible influence to our local pies like fig pie, dasheen pie, yam pie and eddoes pie for example. Hmmm!

Coming to think of it, these pies may have been made out of necessity too, because potatoes may not have been available to slaves. They would have used whatever was available to them, like ground provision. Even though it’s a thought, that is some real Trinidad and Tobago “pie history” to ponder on don’t you think?

Anyhow, however the history goes we have been making shepherd’s pie in Trinidad and Tobago for ages. The variations like the fig pie tastes just as well and have become a regular on the menu, especially the Sunday menu, in most homes. Personally, I like the fig pie but then “man does not live on fig pie alone” so Shepherd’s pie is welcomed from time to time. Of course, the extra cheese on top is also a plus 🙂 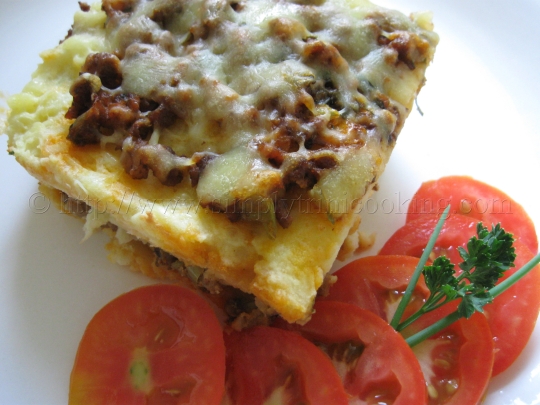 In a deep pot boil the water and add the potatoes. Cook until the potatoes are soft enough to be mashed.

Tip: To test the potato pierce with a knife and make sure it goes through easily. 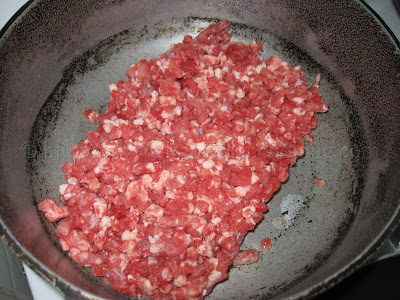 In another pot, cook the minced meat over a medium fire until brown.
Set aside.

Tip: The frozen minced meat was added directly to the pot, no oil added,
and allowed to cook in its own juices and the water from the melted ice. 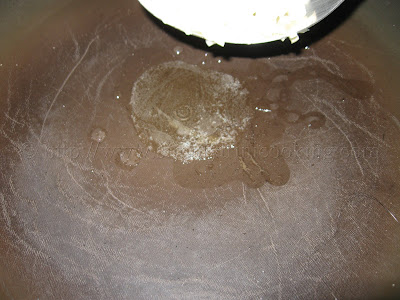 In a saucepan add the oil and stir fry the onion and garlic. 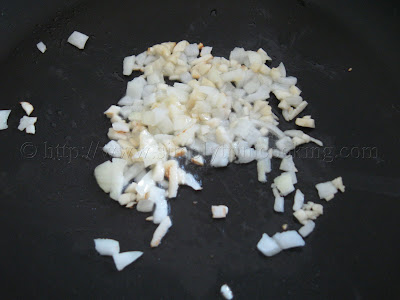 Cook until golden then add the mushrooms. 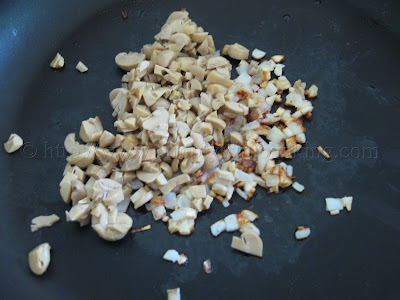 Cook for about 2 to 3 minutes. 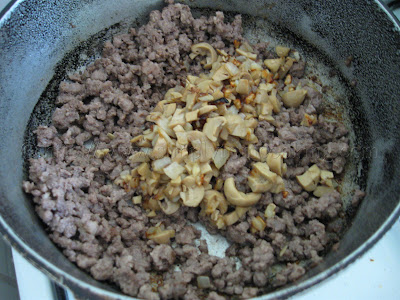 Return the pot of minced meat to the fire and add the fried onion, garlic and mushrooms. 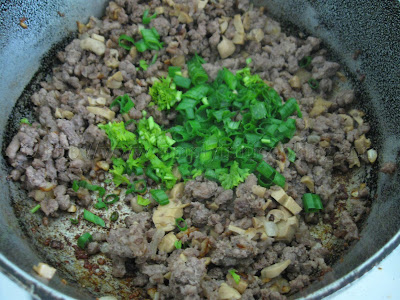 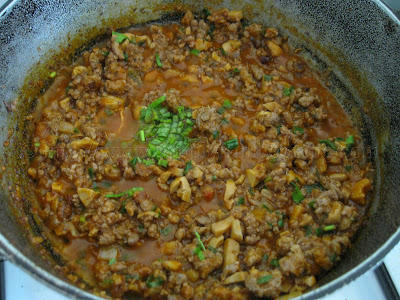 Add the tomato sauce or tomato paste and a little water.
Allow to simmer. 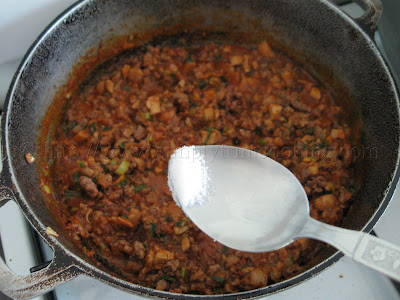 Add salt and pepper to taste. 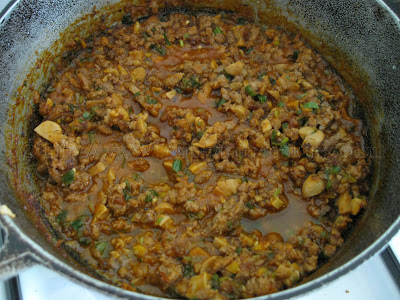 The minced beef is now ready.

Now on to the potatoes: 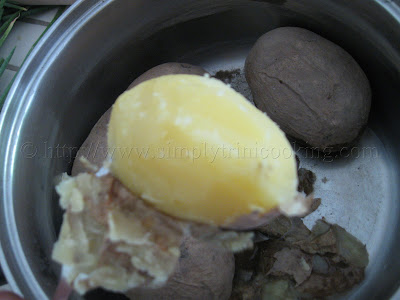 Peel the potatoes when done. 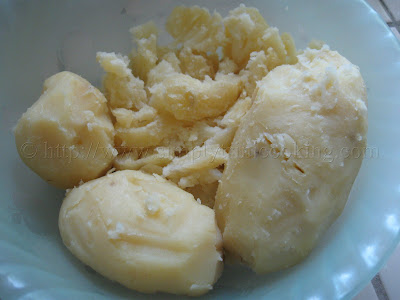 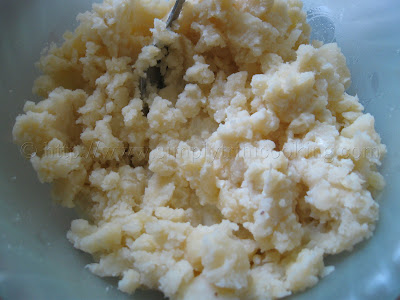 Mash them using the back of a fork. 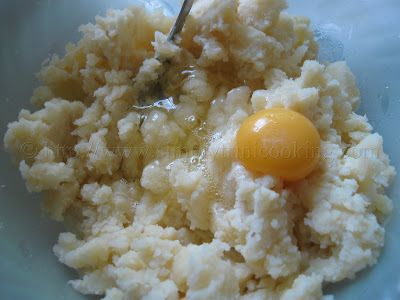 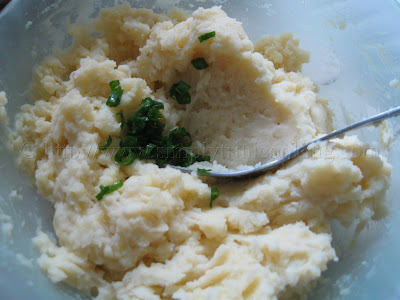 Add the other 2 tablespoons of finely chopped chive. 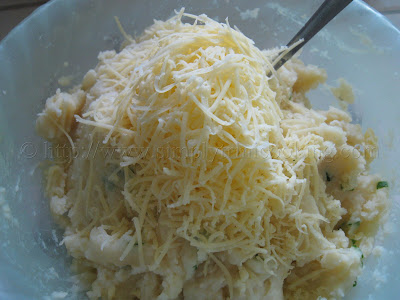 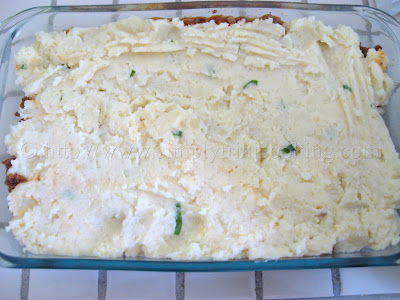 Grease a baking dish (8 x 13 x 2 “) and place alternating layers of potato and minced beef. End with meat on the top. 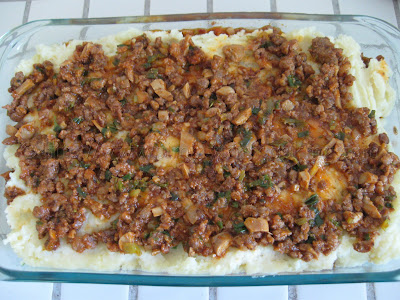 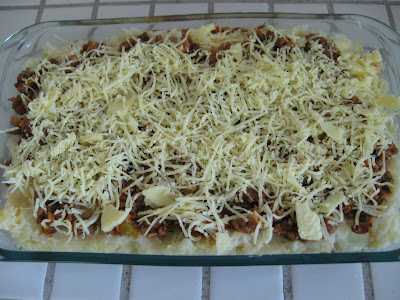 Sprinkle the remainder 1/2 cup of grated cheese on the top
and place in the oven to bake for about 30 minutes at 250 degrees F or until golden brown.

Note:More cheese could be added to the top if desired. 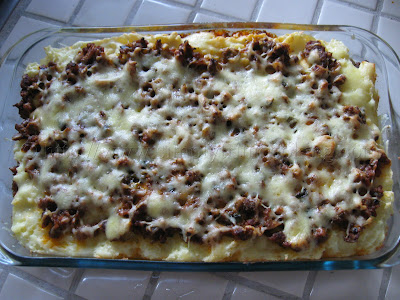 The finished Shepherd’s pie. Delicious!
This was a long post but I really wanted to make sure everything was explicit. I want to send out a special thanks to all members of my facebook group that responded to my question this morning. Well you all can see I took the advice. Thanks again.