You are here: Home / Recipes / Courses / Beverages / Peanut Punch
I’ve always considered peanut punch as more of a drink for men because of the amount of ENERGY it gives you. This power packed drink has been a favourite of mine even before those punch men were serving it up on their stalls. But I must admit that the punch men have really mastered the art of making a good peanut punch.

Perhaps it’s the protein and fat content that give it its popularity among the men, to the point of being regarded as an aphrodisiac (like sea moss), but that still has to be proven, although some will swear by it. As for me it’s just an ordinary drink to enjoy while liming or, my favourite pastime, watching DVDs. What I can say though is that the punch men may add other ingredients that gives it such an ENERGY boost.

Whipping Up a Mean Peanut Punch

I remember once after work a Friday night, I went with my partner to buy a peanut punch before going home. That punch man whipped up a wicked brew unlike any other I’ve ever had; he added cinnamon, granola, milk, a few scoops of peanut butter and, to top it off, some glucose. For a while there I thought he wasn’t going to stop adding ingredients. Of course we ordered the large cup and it was thick and rich. I was literally drinking and chewing at the same time. By the time I arrived home I was filled to the brim and still had about half cup to go.

Nowadays I still drink it once in a while if I’m in the mood and you know what! I like my peanut punch now with all those ingredients the punch man made for us that Friday night. So here’s my peanut punch inspired by de punch man. 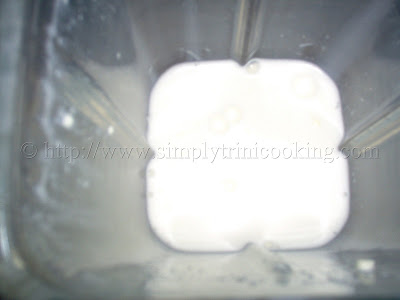 Pour the milk into a blender. 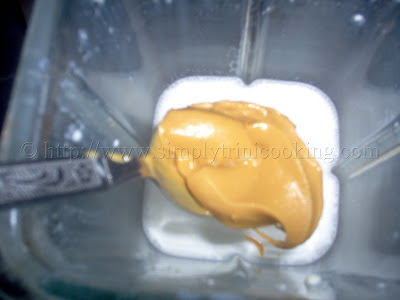 Add the peanut butter and sugar (if you’re using the glucose add it with the sugar). 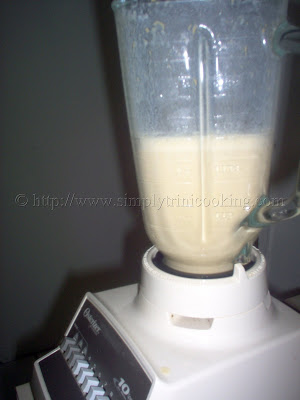 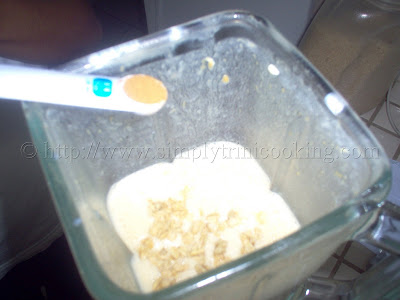 Add cinnamon and granola. Blend well. Stir before serving.
This recipe will make about 4 servings of peanut punch.

More recipes to come. Until then, bye!
Print this Recipe.