This paynuse recipe took me by surprise so much so that I have to put aside all my other plans and make this one to post. A few months ago a few people asked me to post this recipe, but as always on the site one recipe gets side tracked for another (like this one now) and it got lost in time for a while.

But, recently I was playing a little guessing game on my facebook fanpage and group and there it showed itself again as if it was saying, “Post me please”. The game involved guessing the recipe based on a highly zoomed in picture.

All was fine until one of my admins, Mrs. Vidya Champatsingh-Ali, gave me a picture to guess. So to speak, the tables were turned on me and I had a ball trying to figure out what she was making. To my surprise, there it was…. Paynuse in all its glory. This time I wasn’t going to allow time and distractions to get in the way. I had to post this recipe as soon as possible. So I asked her for the recipe and after some extensive research, a few experiments, and bloopers, the right measurements and technique was learnt. I also have to say a big thanks to my aunt who showed me the finer points of making Paynuse which you would see in a moment.

OK, So you still do not know what is paynuse? Well, this is one of the more rare delicacies that the East Indians make on the island. Slowly it is becoming commercially available. I saw it at Extra Foods in Grand Bazaar being sold in cups. Usually it is made with the milk of a cow that has just given birth (Colostrum) but nowadays we have all types of milk on the market (no need to wait for the cow to give birth anymore!) So, without further ado here’s Paynuse. 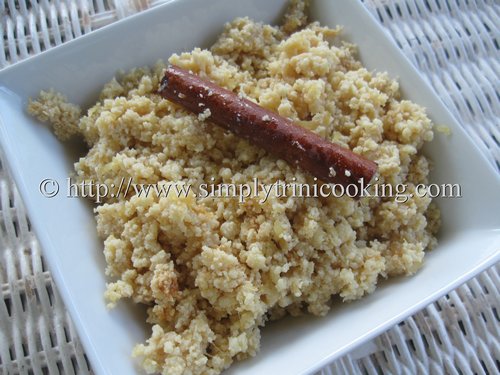 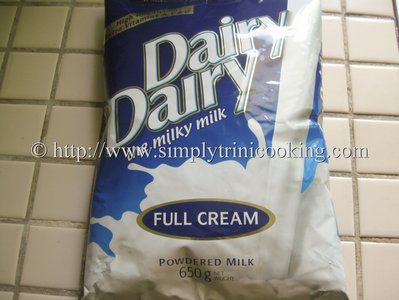 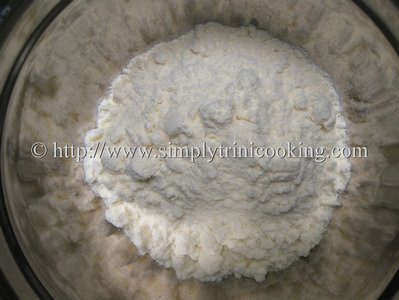 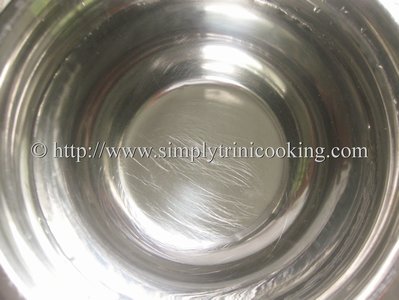 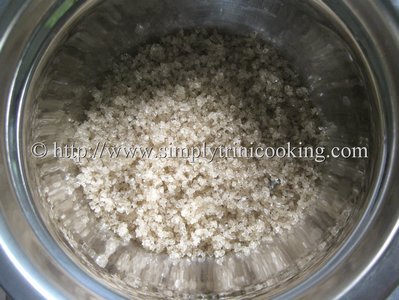 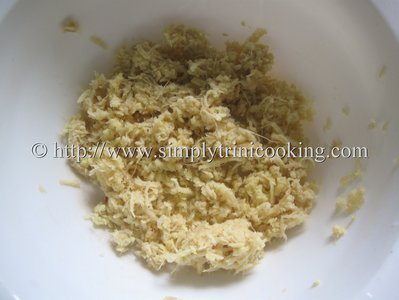 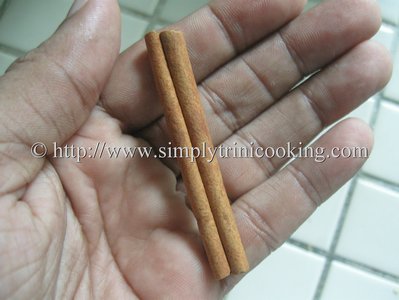 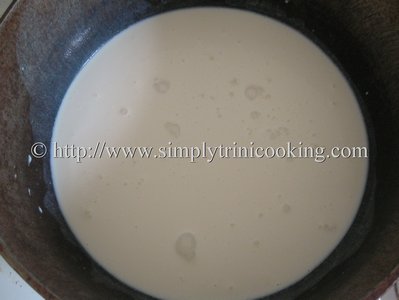 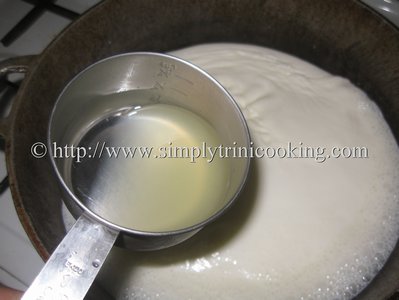 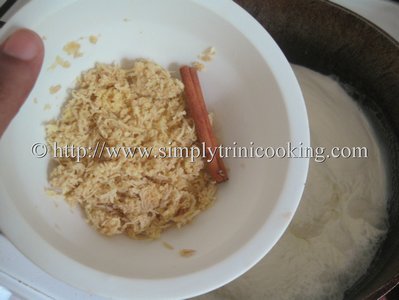 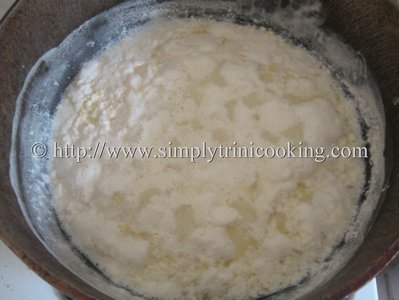 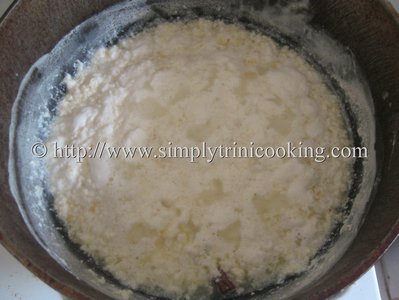 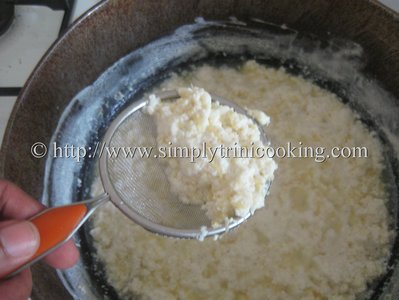 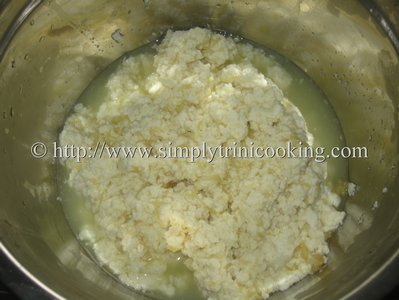 When it makes the “Saree” (curds) remove it and throw away the whey. 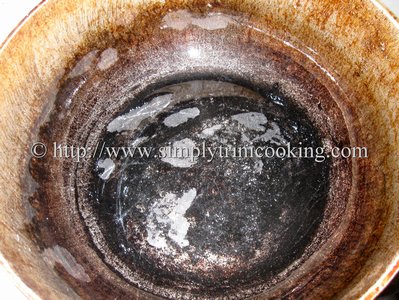 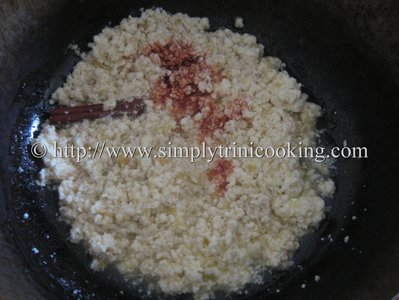 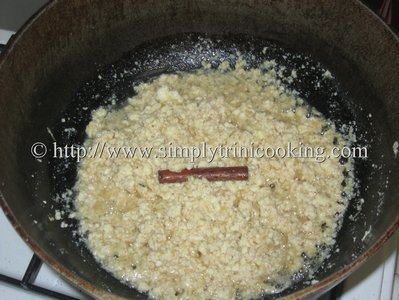 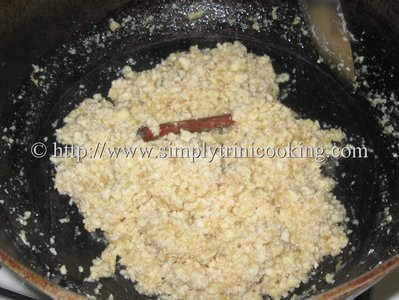 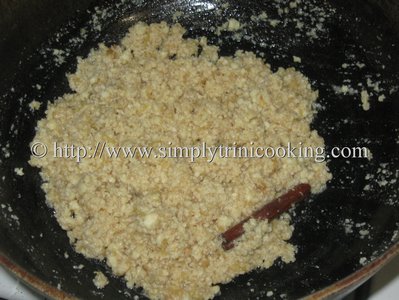 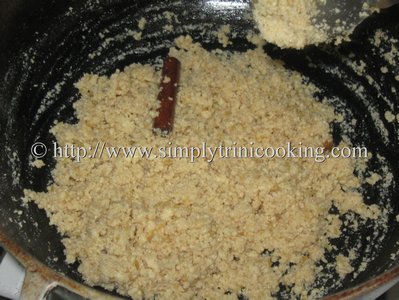 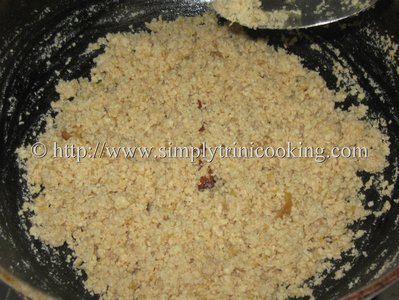 Cook over low heat stirring occasionally until golden and crumbly.
Note: The fire has to be very low.
Print this recipe

So I hope you enjoy this recipe. I really enjoyed doing it. Coming up next …..maybe something with meat….
More recipes to come.