You are here: Home / Articles / How to Make a Cocoyea Broom

A cocoyea broom can be very handy around the house, especially during days likes these.  Today was bright and sunny and the coconut tree in the backyard had a few branches bowed down, low enough to be pulled off the tree. To avoid it falling on anyone accidentally I grabbed them and pulled them down…..Instead of throwing them away in the big pile, I had an idea. Why not show my readers how to make a Cocoyea ( pronounced Ko-ki-ye ) broom?

You all may be wondering what is Cocoyea, so I’ll have to explain a bit. The cocoyea is really the mid rib of the coconut leaf that is stripped with a knife.  The shafts when dried is used in many ways: as a young boy the cocoyea was used in catching birds….laglee was twisted around the cocoyea stick and placed on trees where birds perched on it and got stuck, since the laglee was very sticky.

The cocoyea was also used to make kites…we usually measured two of the sticks together and wrapped them together with thread to make the “bow”. The other cocoyea stick was placed at right angles, thus forming a sort of bow and arrow frame which was then stuck onto the square-cut kite paper either with glue or, if you were like me, flour paste with a few drops of lime in it to deter the cockroaches. lol!! 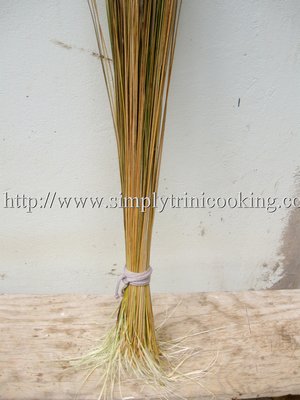 Driving Spirits away with a Cocoyea Broom

Pundits used it to drive spirits from demon possessed persons by beating them with the broom, or use cocoyea sticks to “jharay” children or adults suffering from “mal yeux” (pronounced “maljo”) or  “bad-eye“.

The Cocoyea Broom During Carnival

It was even part of a Carnival Character’s costume.  On J’ouvert morning young boys would dress up in old clothes, put on a mask, and would go around sweeping people’s yards with a cocoyea broom for money….come to think of it, as I write, this is a character I haven’t seen in ages….

How to make a Cocoyea Broom 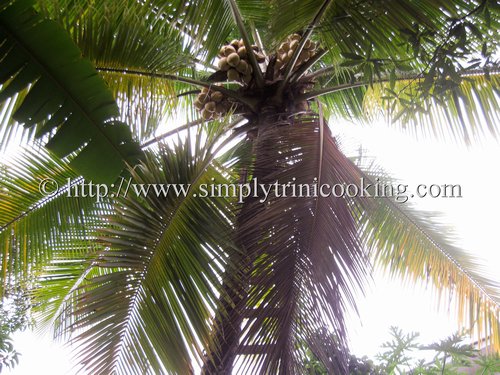 So this is where we start. The two hanging branches were almost to fall off the coconut tree. 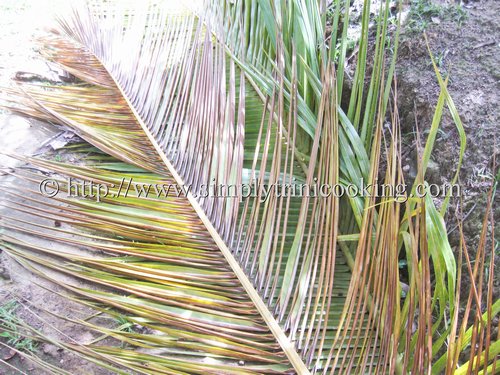 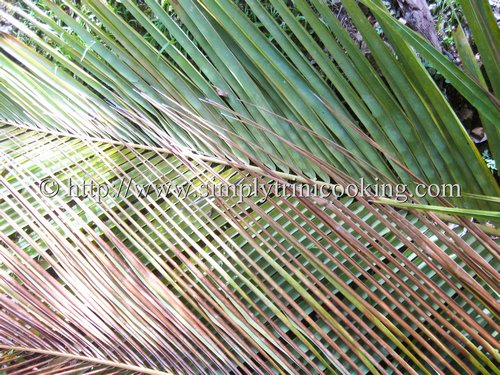 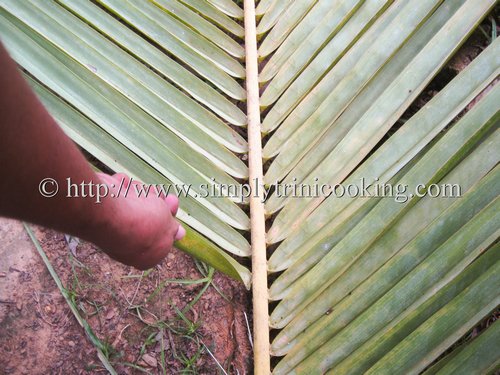 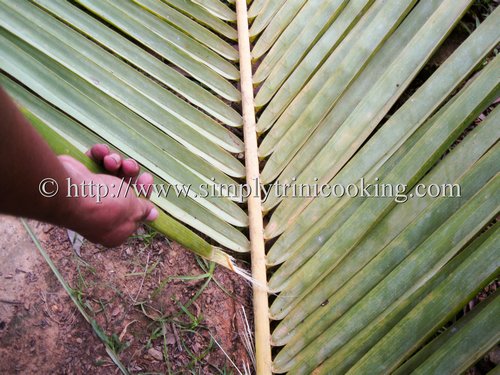 The branches were pulled down and I started to pull off the leaves. 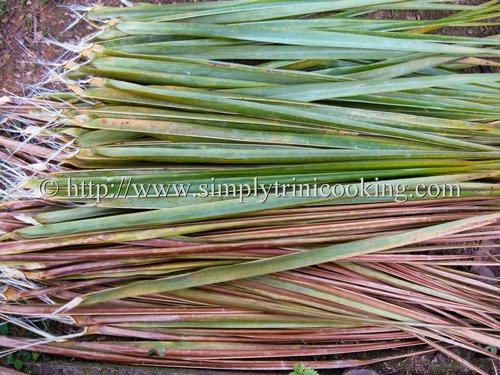 The leaves were then collected….. 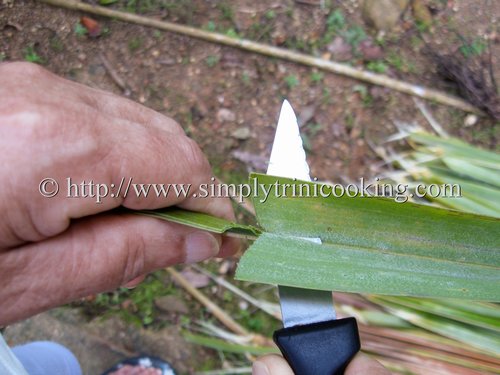 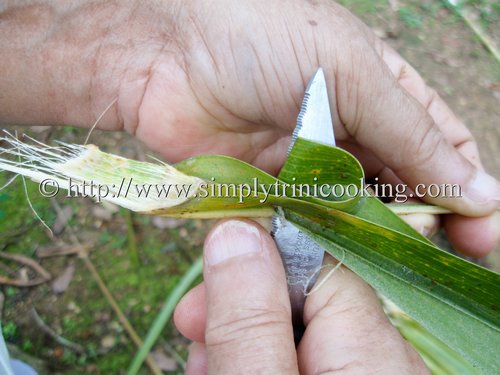 …and stripped using a semi dull knife leaving the mid rib alone. The knife shouldn’t be too sharp or else you might cut the cocoyea too short by mistake. 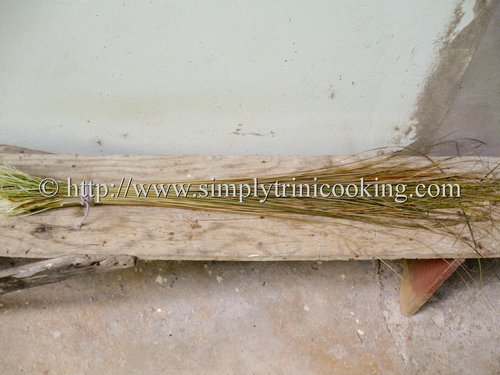 When you have gathered enough of the mid rib, you simply tie them together and leave to dry.
Then trim the ends afterwards to make it look neater.
Voila! A simple broom you can make.

See how easy that was! Now go and reminisce about the many uses of the cocoyea broom and how granny used to beat yuh with it lol!!

More to come! Oh! and before I go here’s Shadow singing about another use of the cocoyea broom.