Coconut milk is used in many dishes in the Caribbean, including coconut chicken.  Coconut has been a staple of the Trini diet from the time the Amerindians first came to this island. In fact,with the different races arriving on the island it was used even more as we became a “callaloo society” ( or is it a “chow mein society” ?) over the years. Now, with the health benefits gained from using coconut oil I believe that there has been a resurgence of it’s use after many years of propaganda by the media.

Back in the day I remember the coconut tree was used for everything: medicine; coconut oil, cocoyea brooms, crafts, rope, mattresses, and even firewood. Granny would make sugar cake for us and strange enough we wouldn’t put on an ounce of fat. Then she used the coconut oil to cook and massage us especially if you got a sprain or pulled a muscle. She would give you a full body massage when you got a high fever using a mixture of coconut oil and nutmeg…..Still smelling it as I write…And who could forget putting coconut oil in your hair. It was indeed a much used plant: all natural and organic.

Other than medicinal and common everyday uses, coconut, I believe, was the champion when it came to cooking. Every delectable dish that could be imagined using coconut was concocted with love and care. And, that was cross cultural as well: curries had and an extra creamy sweetness, Stew chicken was out of this world …tasted even better when cooked over a fireside, and of course ice cream was re-baptised when coconut came on the scene. I could on, and on, and on, and on about coconut …..but I will have to stop or else we would have an article instead of a recipe lol!! hahaha.

So here’s Coconut Chicken another wonderful creation using the ever popular coconut truly the “tree of life“.
Enjoy. 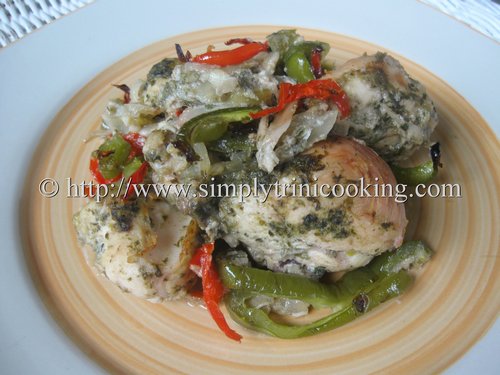 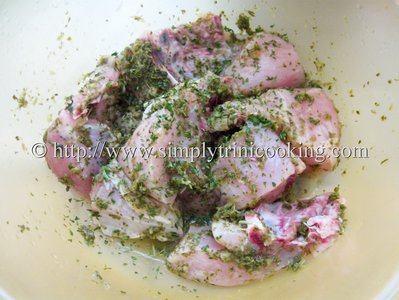 Season the chicken, and leave to marinate for 30 minutes. 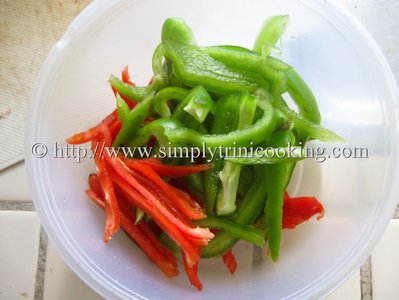 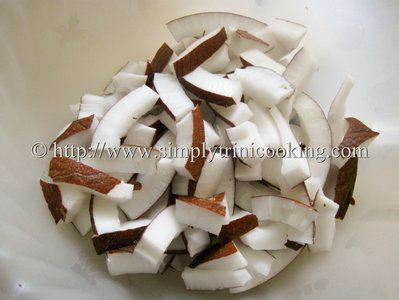 Chop the fresh coconut to make the coconut milk. 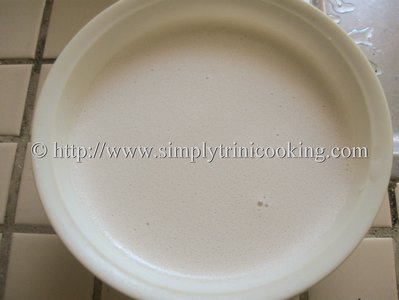 This can be done by hand or with a blender. 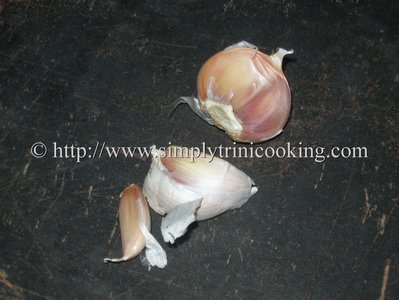 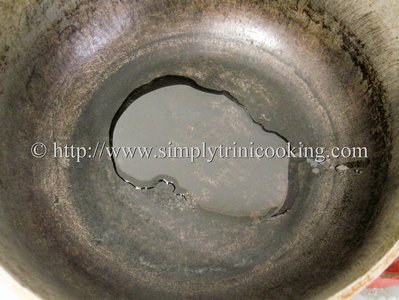 Heat the oil in a large pot or frying pan. 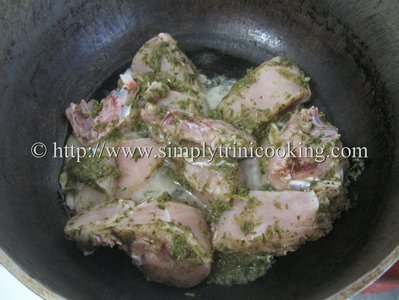 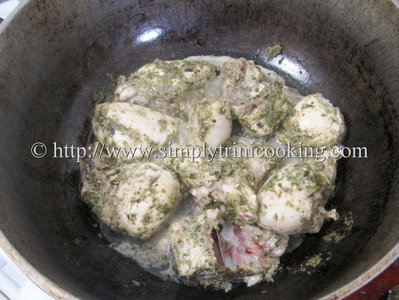 Until it begins to brown. 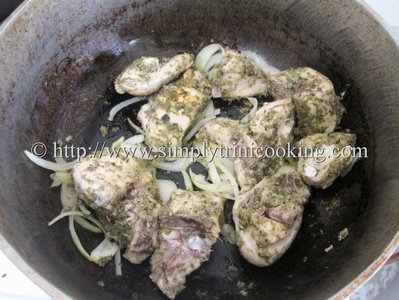 Then add the onion and garlic.  Saute until the onion looks translucent. 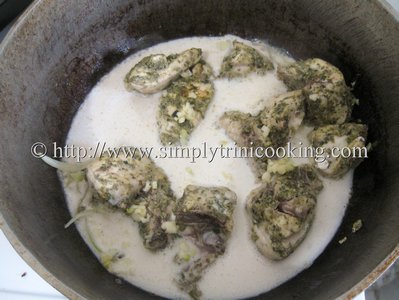 Pour in the coconut milk. 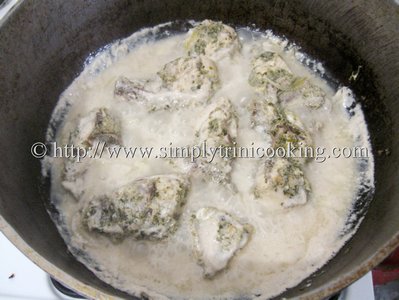 Allow to simmer for 10 minutes.
Season with salt and pepper flakes. 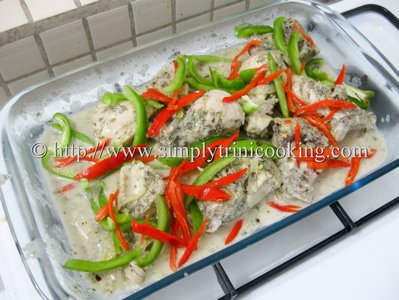 Transfer the chicken and sauce into a casserole or baking dish.  Top with the sweet pepper.
Note: The sweet pepper was added last so that it can retain some of its vibrant colour. 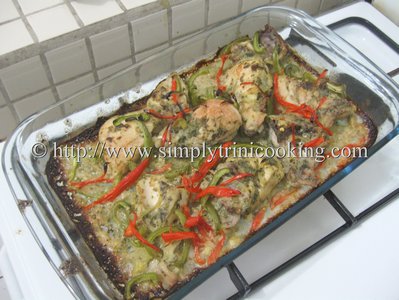 Well it looks like the New Year has started wonderfully. Carnival is just round de corner and de “Vibes Cyah Done” because izza “Bacchanalist” and ah have ah “Winin’ Addiction” that might get meh in “Trouble” lol!!!  Watch what ah talkin’ ’bout.

Like dat one eh?  For the time being stay safe; stay true to yourself.  More recipes to come.


Don’t forget to leave your comments for coconut chicken in the comment box.