Black Pudding and Hops is a long awaited post for many and it hasn’t come any sooner. For this post I’ll have to regress a bit and explain how black pudding was made long time.

Our Tradition of Trinidad Black Pudding

For almost a year, piglets would be kept in pens until they are big enough for slaughter around Christmas time. That was a joyous occasion to have a little pork on the table. Fed scraps from the table along with feed, the pigs matured quickly in time for Christmas.

When the pig was killed nothing was wasted. The feet were used for souse, the head was roasted and skinned even the tongue was cut up and cooked. As for the other parts, they were cut up and shared among the neighbours in the village; with the pork belly especially prized by women to make pastelle.  Then, of course among other things made from pigs, we come to pudding…

As soon as the pig was slaughtered and the blood started spewing out, it would be caught in a basin with salt added to prevent clotting. The pig’s intestines would be washed out with a hose, turned inside out and prepared for the blood, which would be further seasoned with fresh herbs such as chadon beni and of course the main ingredients for this, chive.

Yes, chive is the main man in this recipe because of the taste it imparts on the pig’s blood. Other ingredients include bread crumbs, onions, celery, parsley, cinnamon and perhaps a little pepper to taste. I remember once eating some black pudding from down Madras (in Trinidad) made with massala in it. Tasted very nice! Actually salivating thinking about it lol!

After the intestines were filled with the blood they would be tied into sections and boiled. Special care were taken during this process since the gut had a tendency to burst if it came into contact with the pot. To solve this problem a bit of straw was placed at the bottom of the pot.

When the pudding was ready it would be stored away until needed. For its preparation it would be fried and served by itself or with our popular hops bread. And, here is where we come to what I was doing one morning for breakfast…

No need to wait until Christmas morning to have some black pudding and hops anymore.  As you would see from the pictures below.  I really had a ball… the pudding was already spicy, but I still added some more pepper and dressed my hops bread with lettuce and tomatoes – not too much because I just wanted to taste that spicy black pudding above everything else. 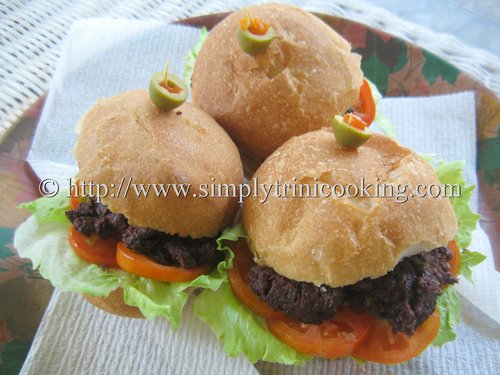 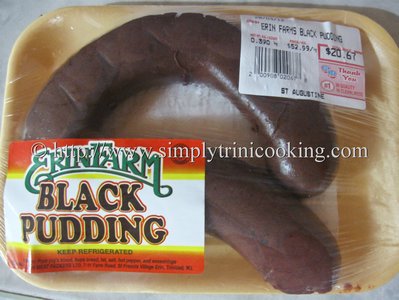 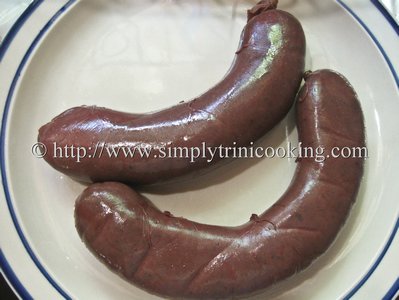 Wash the black pudding. Set aside. 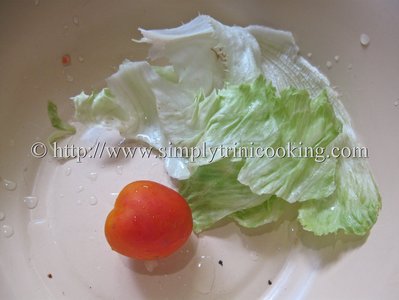 Wash the lettuce and slice the tomato. Set aside. 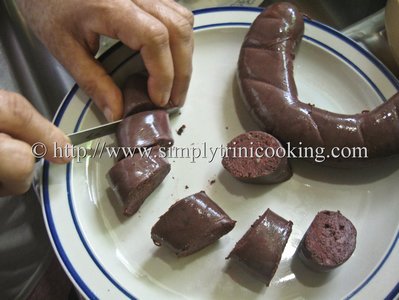 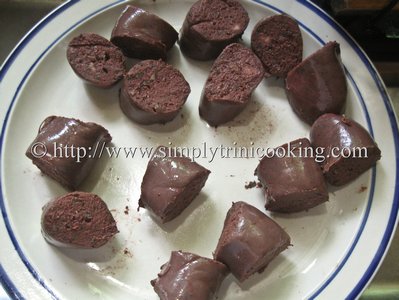 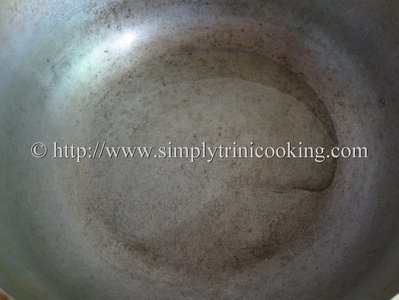 Heat the oil in a pot 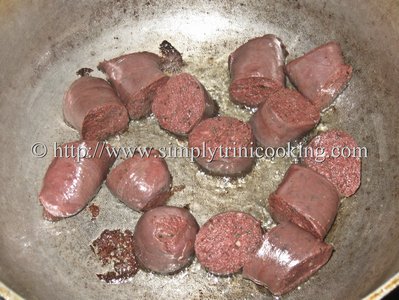 Then add the pudding to fry. 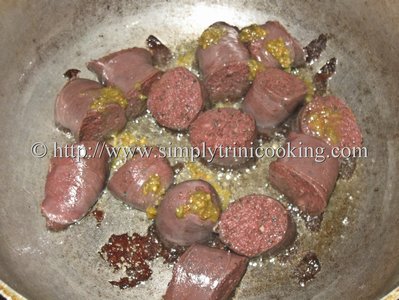 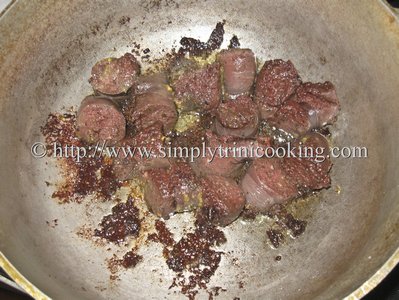 Make sure the black pudding is thoroughly cooked on both sides.
Add to hops bread. Dress with lettuce and sliced tomato of whatever you may desire.
Stick olive on top of bread using a toothpick.

Note: When the black pudding is cooked it turns to a dark red to black colour as seen in the picks.

So, how did it taste? What? You don’t eat black pudding? OK! Well, just send me your plate of black pudding and hops bread and I’ll show you what to do with it lol!! 😀

Coming up next …..something with vigour and vitality to wash all that black pudding down…and is not Sea Moss. I wonder what it is hmmm!

Keep on guessing for a while hahaha 🙂

Enjoy. Leave some comments about this black pudding post or drop by my fanpage where the lime continues.