Last time at La Vega I showed you all a mouthwatering picture of barbecue pigtail and the response from many of my facebook fans who wanted to know how to make it spurred me on to do this recipe. Well, one thing led to another; other recipes got in the way; Christmas came and went and still no barbecue pigtail recipe. Then this year for Carnival 2011 in the midst of all the festivities I got some time to do the post. So off I went to my friend Keith, the barbecue pigtail expert, to finally do this recipe.

What we call pigtails in Trinidad and the Caribbean are really pigtails that have been cured in brine. This cured meat, along with saltfish and smoked herring, is an integral ingredient in Trini cuisine and by extension Caribbean Cuisine on the whole. Why it has such a wide appeal? I can never tell. Possibly the reason could be the long shelf life, especially in the hot sweltering Caribbean sun, and the low affordable price that makes it a sensible and economic purchase for many a housewife.

Anyhow, back to the pigtail story… I heard of barbecue pigtail as the new rave in Trinidad along with chicken and goat doubles-that is another story lol! But, I never got around to tasting it since the only place that it was sold at the time was up Valencia. Everyone around me spoke about it: you know? Like Japs Fried Chicken. The news spread like wildfire. When I eventually got hold of a pigtail, I was in awe that someone came up with such a tasty idea of barbecuing pigtail. Now that is what I call creativity.

Long story short, we now have Barbecue Pigtail simply trini cooking style: step by step with pictures for everyone to enjoy. I encourage you to try different rubs and seasonings when making it and give this badboy your own signature twist. I will certainly be trying out some twists of my own later on. Here’s Barbecue Pigtail trinistyle. 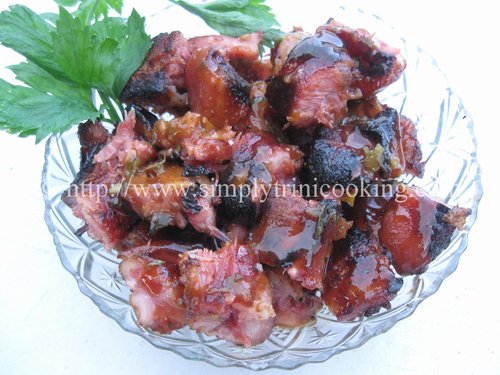 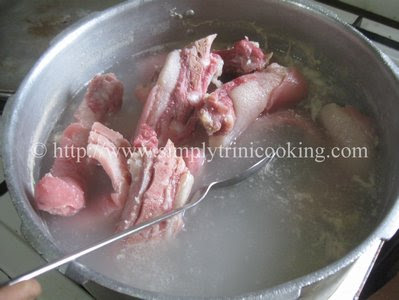 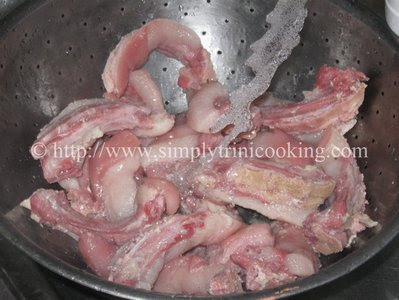 Drain and wash under cold water. 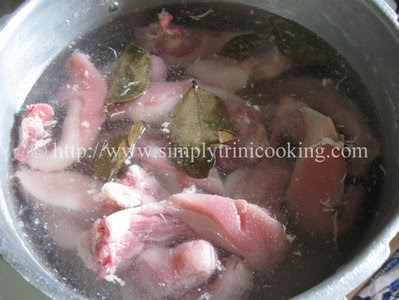 Boil a second time for 30 minutes adding the bay leaf… 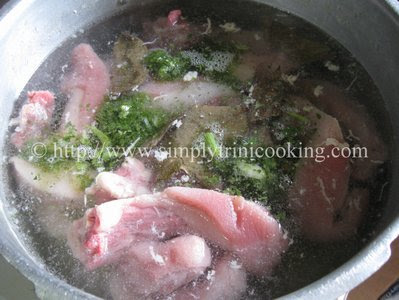 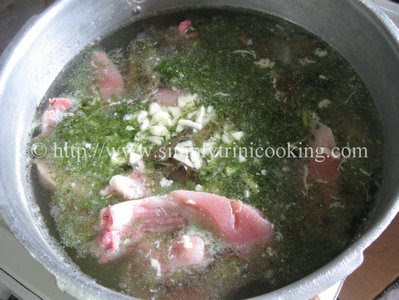 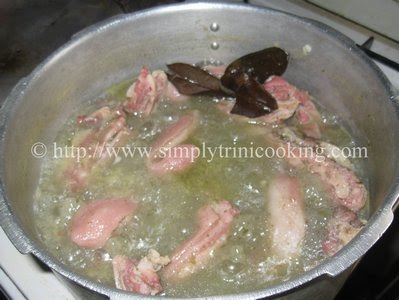 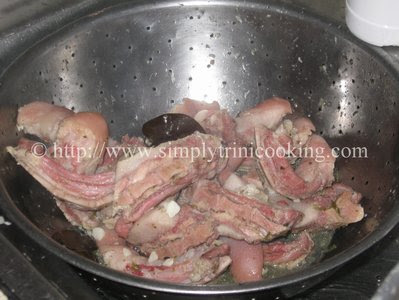 Drain and set aside. 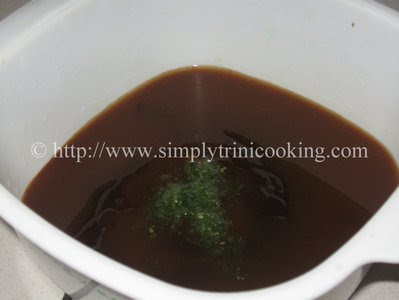 Make the barbecue sauce. You can use the site recipe or your own favourite blend.
Time to barbecue!

Note: By this time you should have your grill all fired up and ready for some pigtail. 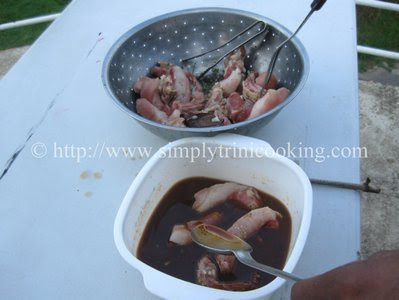 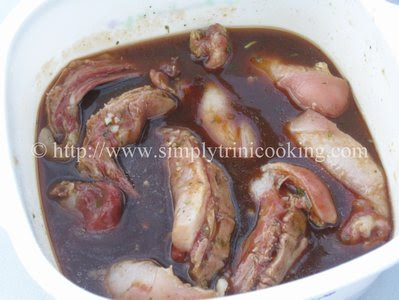 Dip the pigtails in the barbecue sauce before putting it on the grill. 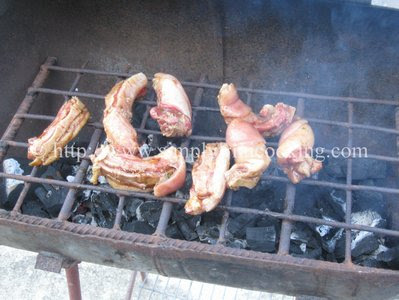 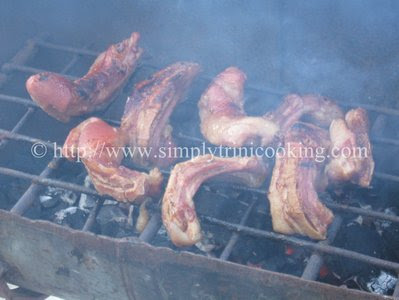 Place over the grill and let cook until it achieves a golden brown colour. 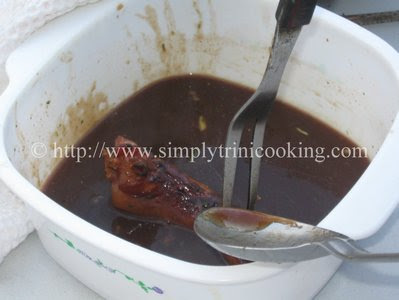 Then dip again in the barbecue sauce. 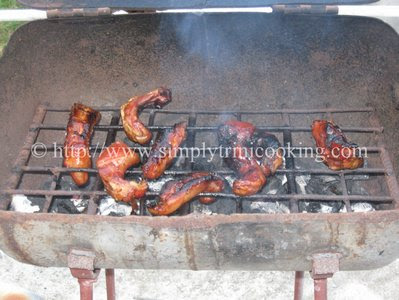 Let cook for about 2 to 3 minutes then remove. 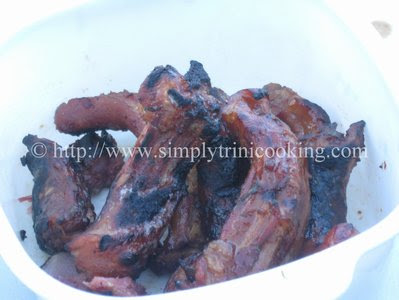 The barbecue pigtails are ready now.
Cut the pigtails at the joints(if you prefer) and serve with pepper and barbecue sauce.

So how was it? I’m sure you went back for seconds. I did. See you when I see you.