When my father in law gave me this fruit (mamey apple) he asked me if I knew what it was. Of course I knew - "Mamey Sipote!" I exclaimed. It was a very long time since I had a mamey apple ( Mammea americana) to eat and here I had in front of me three large half ripe mamey apple, saying "Eat me".

Well the first idea that ran through my mind, was to eat the mamey apple, in true trini style, with salt and pepper because mamey apple has a very similar taste to a half ripe mango. OK! let me see if I can explain how mamey sapote really tastes... Mamey apple, to me, tastes like a cross between pommecythere and a half ripe Julie Mango.

Well, if you can't imagine that then the only other thing I could say is that you would have to get a mamey apple and taste it yourself or probably, come to Trinidad and look for a Mamey Apple and make sure to eat it with some salt and pepper. 🙂 Below I'll show you how to peel a mamey apple because it has a tough outer skin. Hope you can get one! 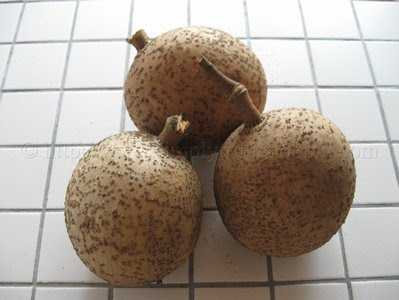 Mamey Apple or as we say in Trini (Mamey Sipote) 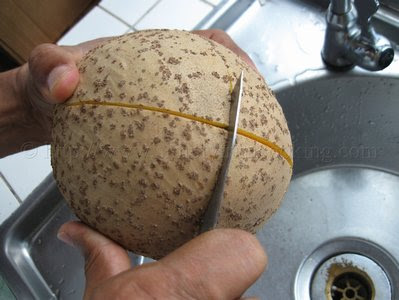 To peel the mamey apple, make two marks starting from the bottom. 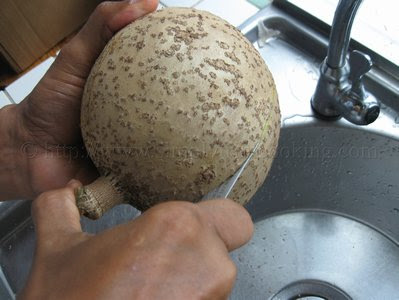 Make the cuts all the way to the stem. 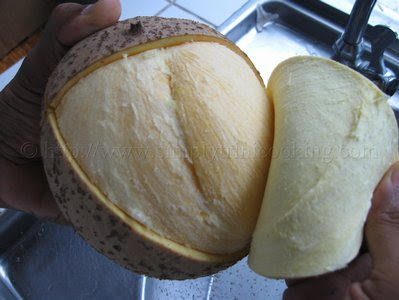 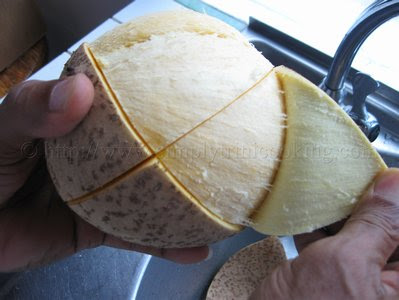 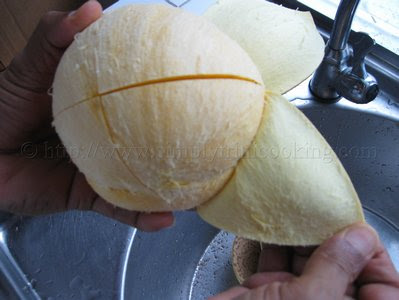 Peel the skin off from each segment. 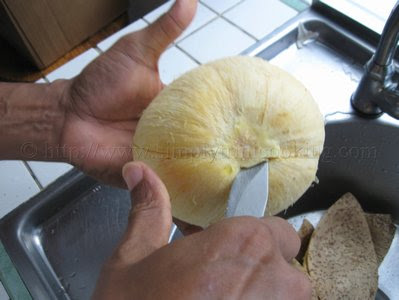 Cut off the stem. 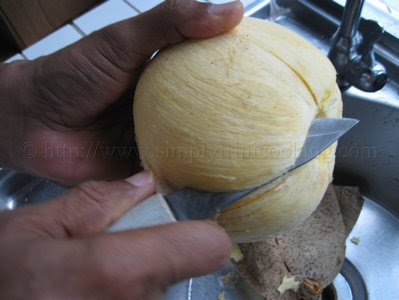 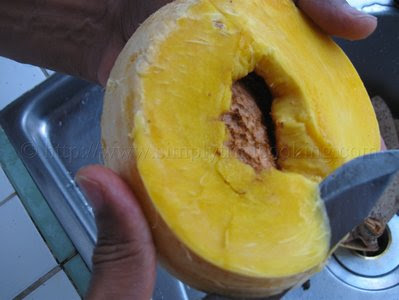 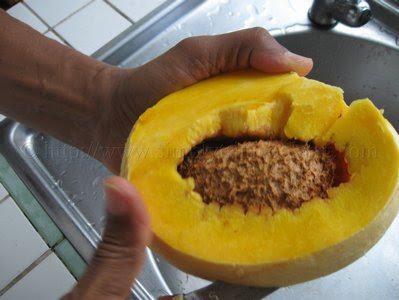 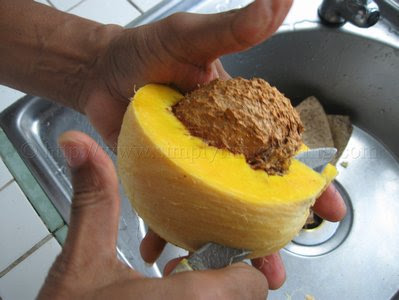 Cut up the mamey sapote as desired 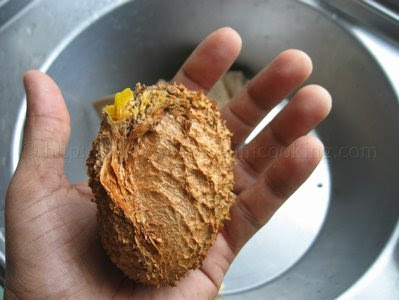 This is how the seed looks. 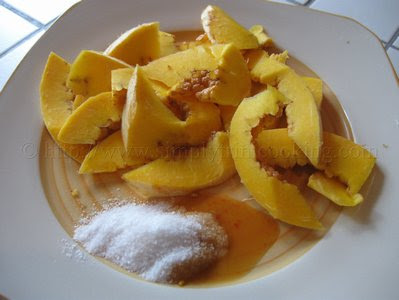 « An Easy and Quick Pink Salmon and Rice
Curry Stew Pacro and Dumpling: Unusual but surprising »