Rumaki sounds Japanese doesn’t it? Well, for a short while I thought so as well, but I was taken a back when I researched this recipe on the internet. In fact, it wasn’t even an “ethnic” dish, but one that was created out of commercialism.  Rumaki was the brainchild of Victor Bergeron, known as Trader Vic who ran a chain of successful “Tiki restaurants” back in the early nineteen hundreds. As far its ethnic authenticity, it was supposed to be more of a “Polynesian” or pseudo Polynesian dish. I guess it’s similar to how people think “Caribbean” dishes all have mango and pineapple in it and we all drink from coconuts lol!

Anyhow, no matter how this dish has come to be I can say one thing about it: “brilliant”. Who would have thought the combination of bacon and water chestnut would be so amazing. And, also so quick and easy to make. A few weeks ago I had the pleasure of making these for a mothers’ day function and they were awesome. Everyone who tasted it liked it. It was a hit and now I am pleased to share this recipe with you all. It’s quite simple really and once you get the hang of it you’ll be whipping up these for your guests friends and family.

So, I invite you to get out your bacon and whole water chestnuts and make these delightful morsels of fun. Here’s Rumaki: a pseudo Polynesian dish that has vacationed in Trinidad and decided to stay. Enjoy. 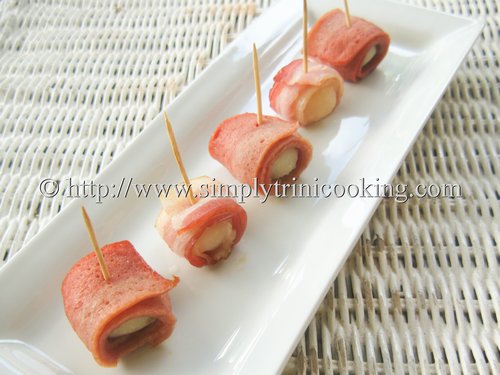 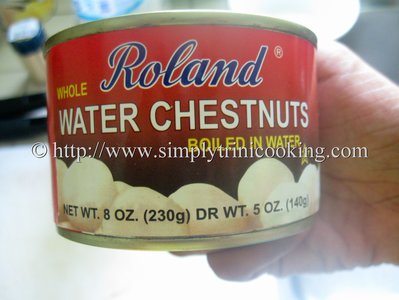 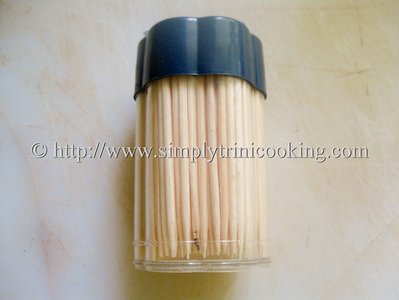 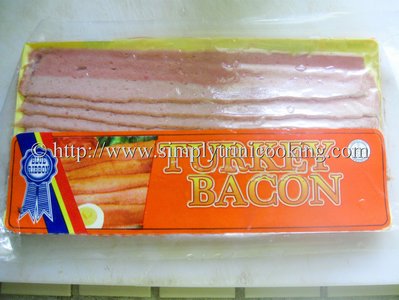 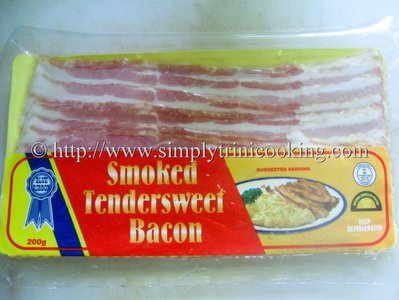 The ingredients I used 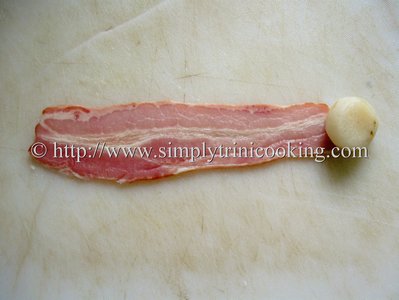 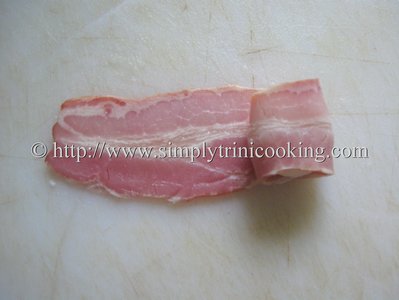 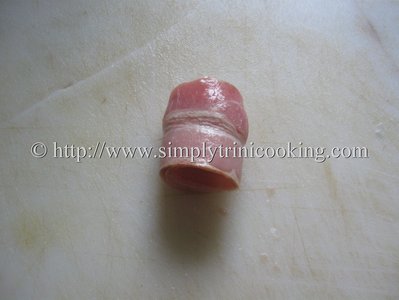 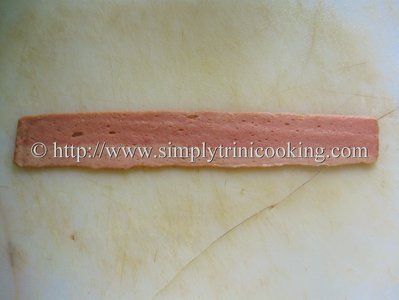 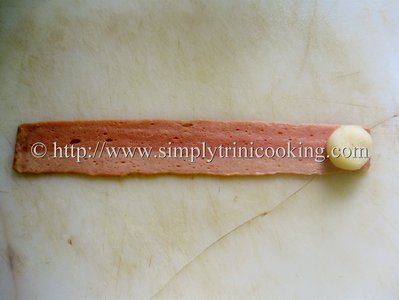 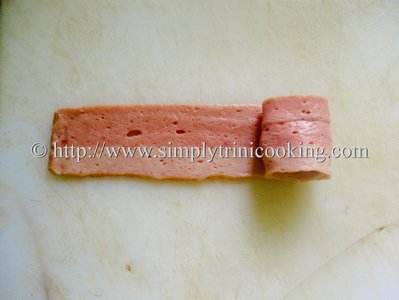 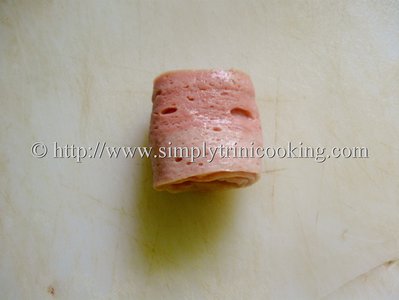 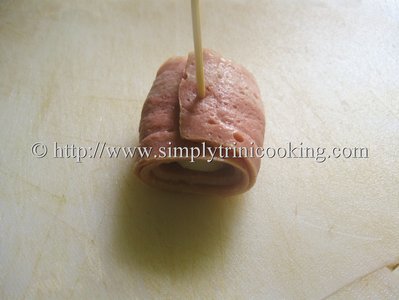 The steps are simple really, just take a water chestnut,
roll it in the bacon and stick with a tooth pick.
I decided to show both the turkey and pork bacon variations. 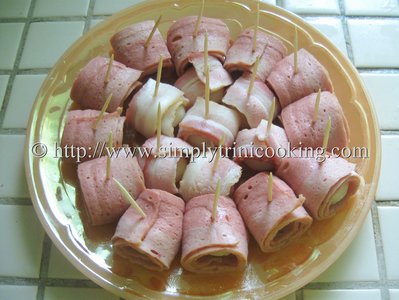 Lookin’ good but they still have to bake 🙂 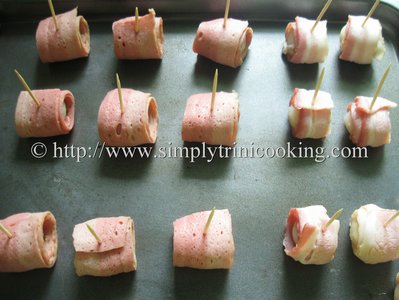 Place on a baking sheet and bake for 20 minutes at 350 degrees F
Note: Because of the fat from the bacon you don’t need to grease the baking sheet

As a variation you can use seafood for the centre instead of the water chestnuts and turkey bacon as shown if you don’t eat pork. Now I did these as simple as possible but you can add your different sauces etc. while the rumaki bakes in the oven. You can try barbecue sauce, soy sauce, a garlic butter or a lemon butter if you wish.

Well,  this begins a streak of appetizers that I had to post but didn’t get the time to do so. Stay tuned. coming up next “sandwich gone for a spin”.