You are here: Home / Recipes / Moussaka

Every now and again we like to try something different in the kitchen. And as Trinidadians, due to our multicultural society, we embrace other cultures and cooking quite readily. I remember thumbing through international recipe books but being daunted when the recipe called for some foreign herb or ingredient that we didn’t have in the Caribbean. But being an innovative cook by nature that wasn’t a problem. Long time, when the recipe called for oregano or dill, I would substitute with chadon beni and chive. In the end the recipe didn’t come out exactly as in the book, but it sure did taste good.

Now, these herbs are available in the supermarket and the recipes could be made as how it should but I’ve gotten used to how I made it with the local herbs so much that I prefer to make it that way. One such recipe, I was introduced to by my wife, is Moussaka, I believe this dish is Greek in origin but has now become Trini in my kitchen… if you know what I mean. The first thing that attracted me to moussaka was the baigan (melongene, aubergine); that we have lots of in Trinidad. Of course we have the other ingredients like the potato etc., but the herbs and other cheeses, well that’s where I started to “trini style” it up a bit. So if you are looking for another melongene recipe you can add this one to your list. After all, most Trinidadians only have a limited knowledge to cook melongene: we either stew it, fry it, roast it, or curry it, and serve it with rice or roti. A little more variety is good. So now you can bake it with other ingredients and make moussaka.

I must say though, I was set up. I never knew you could add meat to the dish; after all this time my wife hid this from me, because she knows how much of a “meat mouth” I really am. That being said, I see the future of mousaka in my house being a little meaty ;-). Today though, I will be posting a vegetarian type moussaka but, by all means add your favourite meat if you like be it chicken, pork, beef or even agouti ha ha. 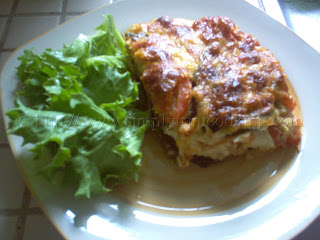 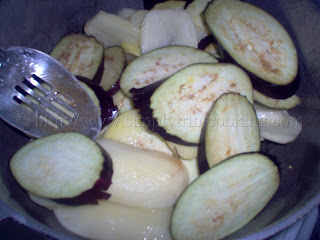 Peel and slice melongene and potato.
Place in a deep heavy pot and fry together in 1 teaspoon butter
and oil for about 10 minutes on a low flame.
Stir occasionally to prevent the melongene and potato from sticking.
(No need to overcook, remember it will be baked later.)
To Prepare White Sauce 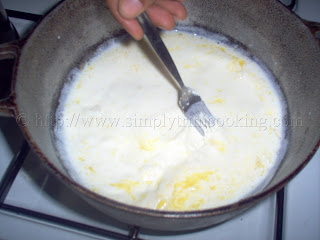 Melt 3 teaspoon butter in a deep pot. Stir in the flour. Add the milk. 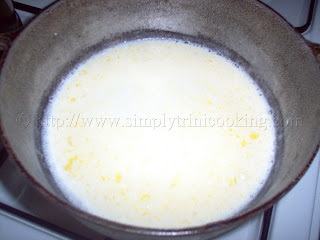 Stir until the sauce thickens. 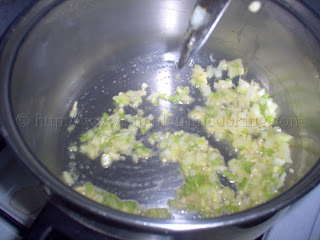 Finely chop the onion, garlic and pimento and saute in butter. 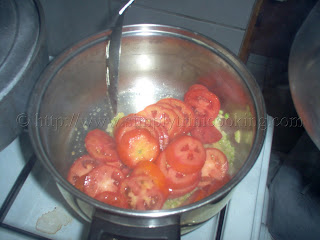 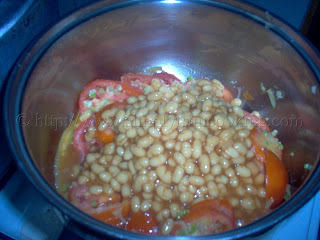 Then add the baked beans. 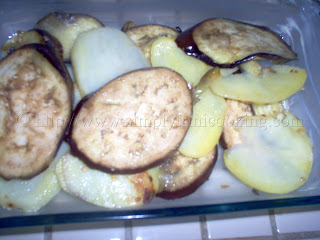 Place half of the melongene and potato in a cooking dish. 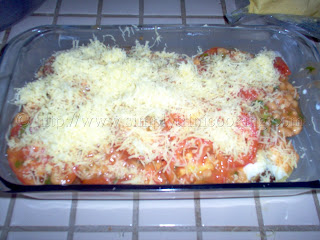 Layer with the sauce and the peas.
Sprinkle cheese and continue with the next set of layer. 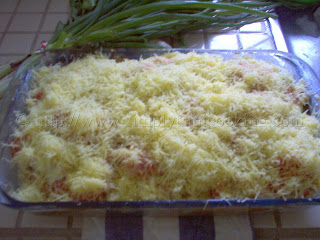 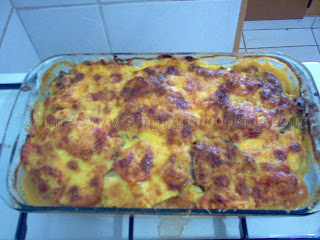 The moussaka is done. Leave it to cool before serving.

Well, that’s it for another post. See you later, until then, bye!