This recipe of Kachourie or Kachori reminds me of many things.

The night was cool and the darkest night for the year was alight with deyas. Deyas were everywhere, but what I liked most were the formations made with split bamboo. Some of the designs were intricate while others were simple.

I was young and Divali was celebrated by everyone. It was a time I believe all religions paid some respects . The “Baptist man” down the hill rang his bell at six o’clock and lit some deyas as well. I didn’t even have to guess what he was going to have for dinner that evening…..

I remember helping my friend light some deyas on the steep front step. I poured the coconut oil while he lit the wicks. The wind blew strongly from time to time so his father told us to put some camphor on the wicks so they wouldn’t go out when the wind blew. In the background religious music blared paying homage to mother Lakshmi. It was a wonderful time for me while growing up. The clothes you wore or the type of shoe or sneaker on your foot did not matter. Life mattered.

From the banister you could have seen the whole side of the hill sparkling as if a blanket of fiery red orange rhinestones was spread over the mountainside, each one shimmering at their own will. That evening, after all the Indian delicacies and food, we bursted bamboo into the night or until the bamboo split and couldn’t burst anymore or the pitch oil was used up….Whichever came first 🙂 …….

Well that’s how I felt and reminisced about when I had the kachourie with some mango chutney. See how far back I remembered…..I wonder what would you remember as you savour this delight! Here’s Kachourie. Enjoy! 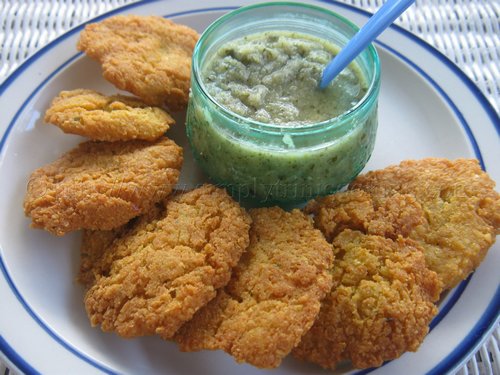 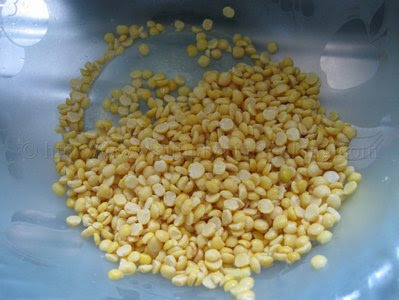 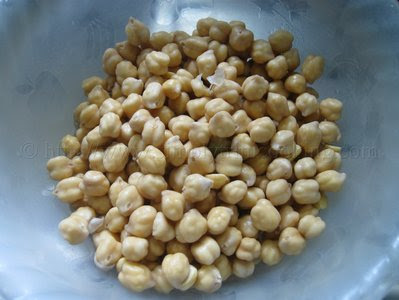 Soak the channa and split peas overnight and drain. 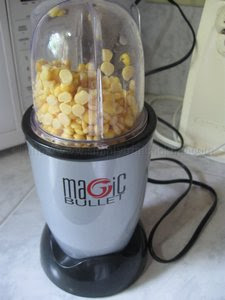 Grind both peas. Then place in a deep bowl.
Note: I used my trusty magic bullet, but you can also use a food processor. 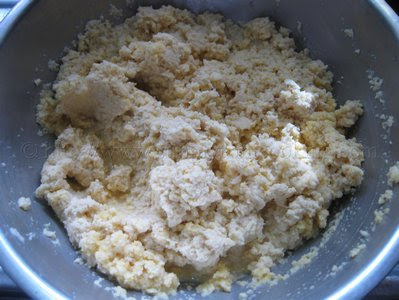 This is how the processed peas looks. 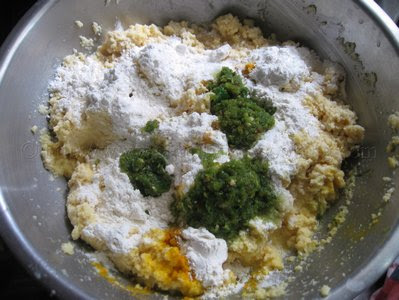 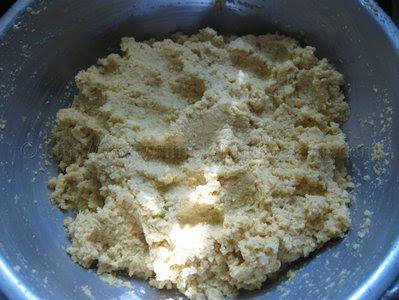 Add the rest of the ingredients, and mix well. Allow to rest for 10 minutes. 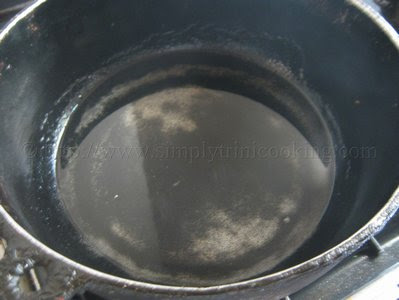 Heat oil in a deep pot, over a low flame. 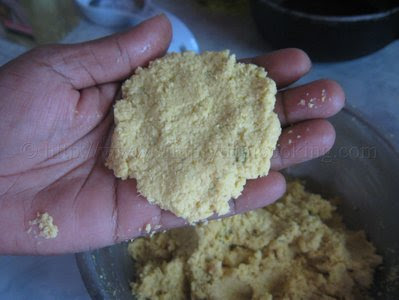 Gather a bit of the kachourie mixture in your hands and shape into patties. 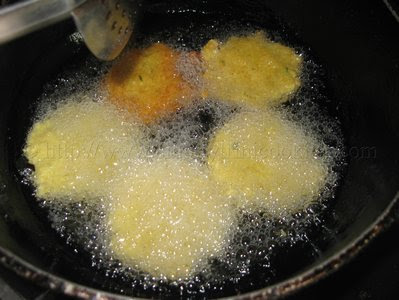 Carefully place kachourie in the hot oil to fry. 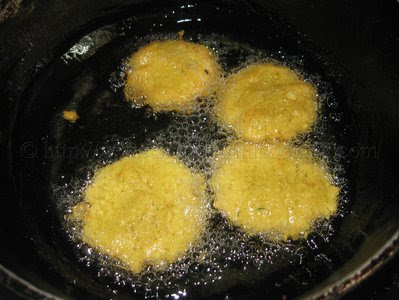 Flip the kachourie so they can cook on both sides. 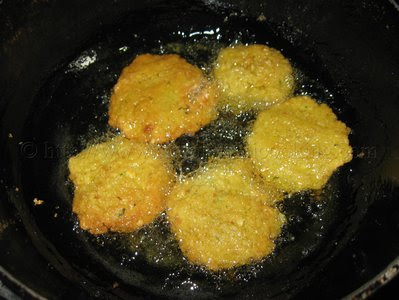 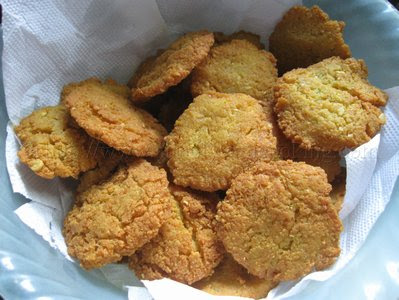 When golden remove and drain on tissue. Serve with your favourite chutney.
Time to go now… you know the usual: a pot bubblin’ and ah have to turn it before it the rice stick…

Don’t forget you can join me on facebook and make requests or take part in discussions.  Also, I welcome comments for this post on  kachourie, and other recipe, in the comment box below.