Here is a simple recipe, I know you all would love to try; it is called Guinness Punch.  I find lately some of my simpler recipes have gotten a lot of visitors and continue to do so. One such example is coconut ice block, I really had fun doing that recipe.

A Simple and Delicious Guinness Punch

In that same vein of simple yet delicious recipes, I have one especially for the hardworking men. One I would like to call a true energy booster ….

Another of our fabled “back strengtheners”, Guinness Punch has always been revered by men as an aphrodisiac of sorts similar to sea moss, oysters and pacro water but then there might be something to this drink. Why would men young and old rush to the nearest punch-man /woman to order this drink?

The Power of the Guinness Punch

Perhaps it’s the other ingredients that help in the “sustaining power” of the drink but I will never know unless some scientist study the drink and come up with solid conclusions. One thing for sure is that most people try Guinness punch with all the ingredients I have listed especially the raw egg…

Yes, you heard right RAW EGG, but don’t worry you won’t even know there’s a raw egg in this Guinness drink because the nutmeg and the alcohol from the guinness seems to miraculously “cut” the freshness of the egg. I certainly didn’t get the freshness when I had mine.

As we say in Trini, “wha’ doh kill does fatten” and in this case… it does strengthen, haha lol! …. So don’t be afraid of trying the recipe. If you have any qualms about the raw egg you can pasteurize it first using a double boiler method or leave it out altogether it will still be as delicious.

Before I go, let me reminisce about my first encounters with Guinness Punch … you know I always have a story to tell…

“Crawler”, as he was known by his friends including my father, was a Vincy (Vincentian). He was a good friend of my father and always worked hard in the construction field as a carpenter/ mason. He was really strong and when I mean strong, I mean strong.

He used to lift a roll of BRC wire mesh as if it was made out of feathers, and put up 300 bricks in one day single handedly ……for me that was strong….

When the old house burned down in St. Joseph where he stayed, he lived with us for a while before going back to St Vincent. I always remember, at home as a rule, he made Guinness Punch (with egg) often. Glock! Glock! Glock! The fork whisked the Guinness and milk in the large cup and he would stop to take a drink and continue to mix the rest until all was finished…

Of course the story is much longer. Another post perhaps 🙂 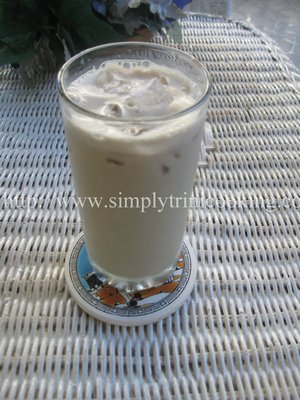 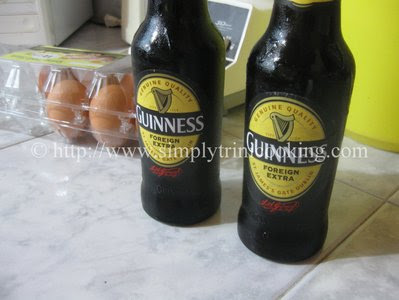 Here we have two beastly cold Guinness liming by de corner with some egg.
Just a picture to show how nice the Guinness lookin’ lol! Anyhow, on to the recipe. 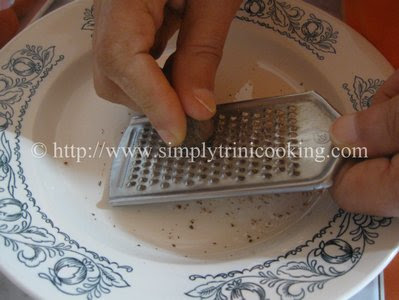 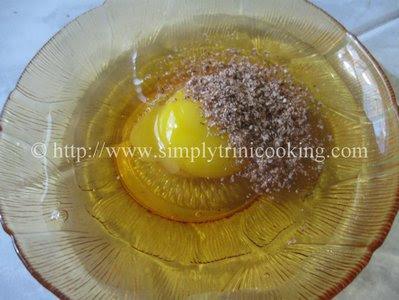 and add it to the egg. 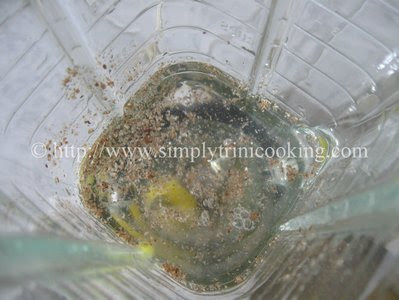 Pour 1 cup of water into a blender and add the nutmeg and egg.
Blend for 30 seconds. 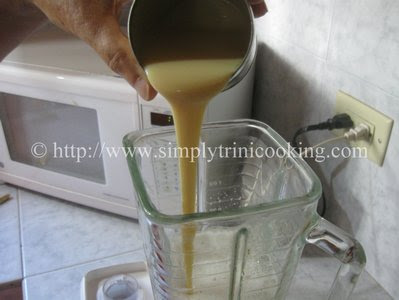 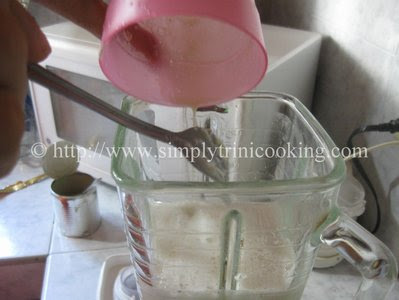 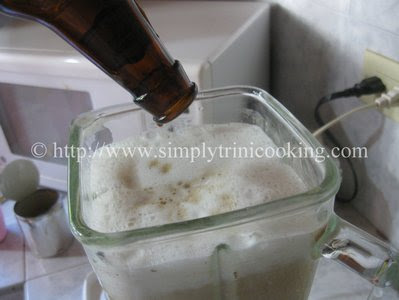 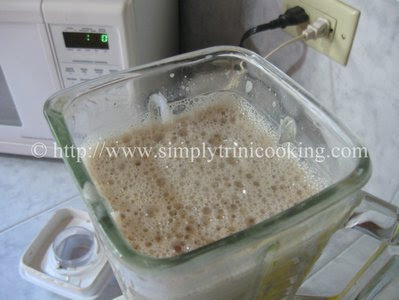 Blend one last time. Refrigerate or serve with ice.

Don’t forget to leave your comments about Guinness Punch in the comment box below.