Since my post about coconut ice cream some time I wanted to do coconut ice block like my mother used to make, and it is only now that I’ve been able to do it. I remember those days when we used to run a small parlour at home and together with sucker bag, kurma, tamarind ball and red mango was Mr. ice block. It was simple to make with lots of milky goodness. And, the most popular flavour readily available was coconut. Coconut milk, condensed milk and mixed essence was a match made in heaven….

It was such a joy to have an ice block or two….. or four or five on those sultry days that it could have been called a natural ritual in which all Trini children gladly participated. (And me, I was dey right in de middle meh with glass ah ice block in hand)…. Half melted in your glass or saucer, I would hurriedly eat mine before it was fully melted. But if it did melt, I wouldn’t mind because I would have a nice coconut milk drink instead (lol)! Most times it wouldn’t even get time to melt hahaha! ……………….And, no I wasn’t greedy!

That was just one kind of ice block we made…The other one was made with flavoured drink mixes like Kool Aid. It was easier to make since all you did was mix the drink-mix in water and freeze in ice trays. That one went down just as well. But, looking back now I still preferred the coconut milk ice block just like milk penna cool (that’s another story 🙂 ) 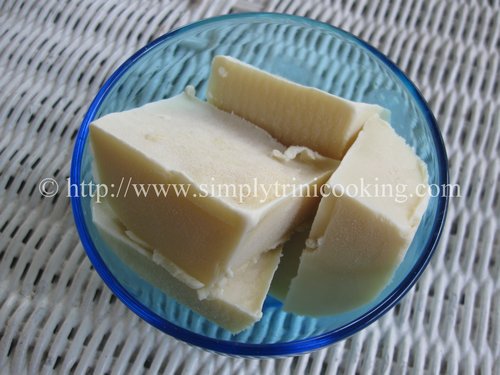 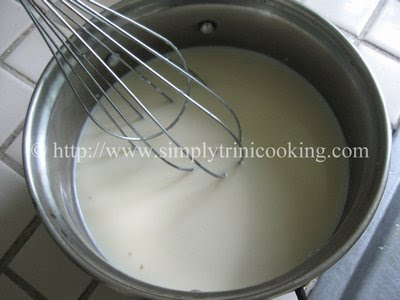 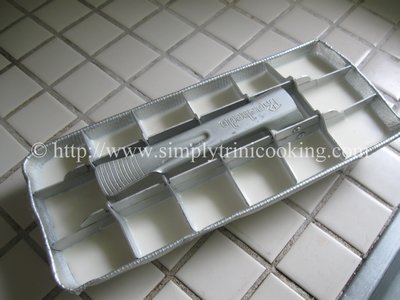 Blend the ingredients together, until smooth. Pour the milk into ice trays and freeze. 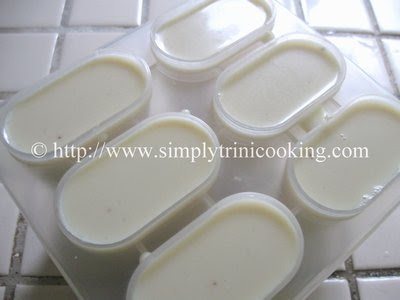 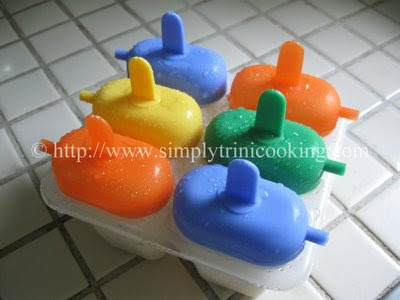 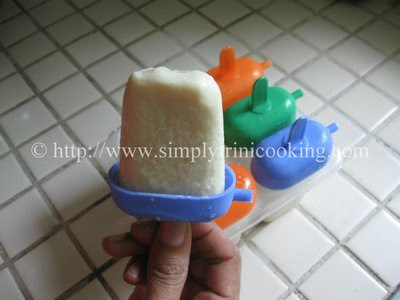 Ah gone! Don’t forget to leave your comments about this coconut ice block recipe in the comment box below.