Meat, to eat or not to eat?  It is a popular question for many, some seeking a healthy lifestyle, some for the sake of the love of animals, and others more a fad.  Whatever the reason, some people think it is best they eat meat and other just won’t.  Some say it is a healthier choice and others would say that they can see themselves never eating meat.  Then their are many articles online and books written attesting to the benefits of avoiding the consumption of meat.  Yet, I am quite sure some of you may have meet people who say they have never been on a no-meat diet and they are quite healthy.  I mean, is it true only vegetarians life a full healthy life, and live past 90 years old?

The Increasing Consumption of Meat

Up to the early 70’s many families cooked meatless dishes; however, meat was included in the meal occasionally. Today, meat was and is still an expensive protein source for many. However, the consumption of meat has increased because of its availability and socio-economic changes. It also seems to be a great part of the western culture. However, the argument has always been placed forward by many on whether this almost natural position of meat-eating in western culture is (for want of a better word) natural for humans. 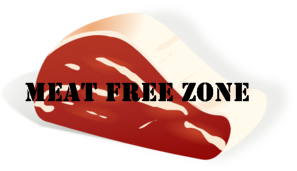 Meat, to eat or not to eat?

This question on whether it is acceptable to consume animal flesh has lead to the growing acceptance of vegetarianism. Both vegetarians and environmentalists are quite vocal on their philosophical views on animal rights. They challenge the worldviews on the worth of animals and their purpose. As a result they provoke the views of critics, such as Keith Tester who ascertain that their views were intended to restrain human practices and treat animals as if they were human (Tester, 1991). Even as he said animals have no voice of their own and are in need of humans to voice their struggle, the animal rights stay firm to their social actions.

Needless to say, the vegetarians insist that the Earths landmass and resources (specifically water and fuel) are being wasted raising cattle for meat. They present that 60 pounds of water is needed to grow a pound of wheat, but 2,500 to 6,000 pounds of water is needed for a pound of flesh. Additionally, plant food yields about 10 times as much protein per acre as meat does; and if meat consumptions were reduced in one year in America it could mean the availability of at least 12 million tons of grains for human consumption (approximately 60 million people being feed) and thus bring the world closer to ending hunger and malnutrition. On the flip side of this Simon Fairlie proposes the opposite, and claims that eating moderate amounts of meat could be greener than going vegan. He criticizes the use of factory farming and support organic farming.

However, if these views are not sufficient, some people also seek a vegetarian lifestyle because of their religious convictions. They suggest that vegetarianism is a way to integrate their life and the spiritual living. Their diet becomes part of their faith and an expression of their commitment to showing their fidelity with the tenets of their faith, and at the same time fight against oppression and injustice.

The question to eat or not to eat meat along these views is still a difficult decision to make. Few of us can really claim a truly “pure” position when it comes to animal protection and rights for all. As a result, many have settled on a compromise which is the simulation of the real; without having to engage in animal farming. So we have substitute protein and fake meat products that are processed to have the texture and appearance of meat, such as veggie burgers made from soy beans. (Fake meat is a parody by itself).

Soy’s protein quality is very close to the protein quality in meat and so it is considered to be a perfect substitute for meat. Soy is also a low cost substitute, but it has to be fortified with vitamins and minerals to make them nutritionally equivalent to animal protein. It is commonly becoming known that the benefits of eating soya has been overrated and soy cultivation is also causing much land destruction. Therefore, other meat substitutes such as mushrooms and wheat gluten are becoming popular.

Those on a vegetarian diet boast a superior healthier life compared to non-vegetarians because they (vegetarians) tend to eat more fruits and nuts. However, vegetarians are not free from diseases and medical problems. Vegetarians have a higher incidence of hip fractures, osteomalacia, and thyroid and digestive cancers.

It is also known that the increase risk of the “western lifestyle“diseases are mainly due to increase consumption of carbohydrates. The hunter-gatherer societies are relatively free of many of these chronic and degenerative diseases that plague modern western society. Their reliance on animal foods, generally 19%-35% of food consumed for animal protein, have ensured their satiety on fewer meals and snacks because of meat’s high macronutrient content. A number of studies also show that meat has the ability to fight against certain cancers, anemia, cataracts, enhance immunity and cognition, and regulate body weight.

The biggest concern for meat eaters are meat related diseases such as E. coli, salmonella, and mad cow disease. However, it is also possible to get E. coli from vegetables as well. It is important that meat is cooked thoroughly before eating and vegetables washed in clean water before cooking. But, this treat of these diseases does not dampen the consumption of meat, as a matter of fact the consumption of meat has increased in the western society since the 18th century mainly due to the advances in refrigeration. The mere fact that some societies such as the Arctic Inuit have lived on a diet of mainly meat also suggests that meat may not be quite dangerous as indicated by the “extreme detractors”. On the other hand, we can’t ignore the facts that high consumption of meat can be debilitating to one’s health.

Meat, to eat or not to eat?

The challenge here is for the individual to decide for himself the suitability of a diet for him or her. It is their prerogative for choosing vegetarianism, even for reasons of “penance” for today’s sinful economic system. But the individual must consider as well the true reasons for the state of hunger and malnutrition and consider that small portions of meat can offer a significant source of protein, iron, zinc, and vitamins in the diet.

The main point is that most meat eaters don’t advocate eating only meat. It is an opportunity for the reader to consider how they can balance the foods they consume, and how well they can maintain a ph balance in their food consumption and balance in the omega oil and fat content. Finally, we must consider above all the danger of the many chemicals we use to grow our food, what is used to feed to our livestock, and the many processed foods available in the market for consumption. Now, should the question really be referring to the quality or quantity of food for world consumption?

Note: This article in no way seeks to support either positions. It is meant to provoke thought on the food we buy, eat, and its effects on our body. The links throughout the article may perhaps give the reader further insights into the idea of choosing a particular diet and securing their food for consumption.

Back to Articles
You will also like:
Introducing Healthy Eating
10 things you need to know about losing weight
How Media Affects Food Consumption
The Hidden Truth About Soda